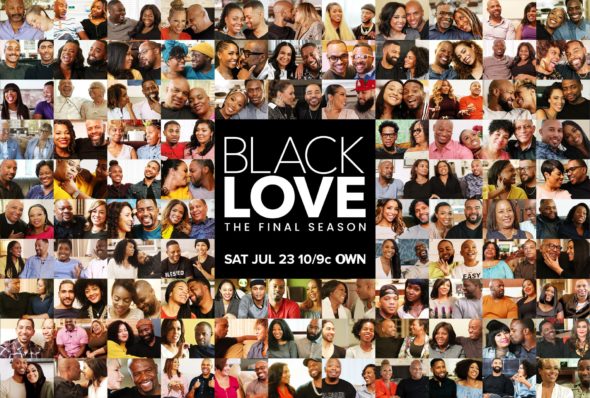 Black Love has been renewed for its sixth and final season. OWN has announced a return date for the docu-series with a trailer. The show tells the relationship stories of both well-known and regular couples.

OWN: Oprah Winfrey Network announced today the sixth and final season of its culture-shifting, four-time NAACP nominated docu-series “Black Love.” Season 6 will premiere on Saturday, July 23, at 10:00 p.m. ET/PT. “Black Love” expanded the narrative around love to be inclusive and diverse. The series sparked elevated conversations and showcased some of America’s favorite Black couples for over five years. “Black Love” was the #1 non-sports cable telecast in its time period among African-American women.

Husband-and-wife executive producers Codie and Tommy Oliver created “Black Love” to showcase authentic, honest, emotional, and transparent love stories from some of the most beloved couples, including everyday couples, social media influencers, business professionals, and entertainment staples. “Black Love is a much-needed docu-series that has inspired so many viewers to expand how they look at love and relationships. We are thankful for the couples who provided transparency and shared their Black Love with us,” said Tina Perry, OWN President.

The new season will feature the following couples:

“Black Love” explores the many different journeys of married couples and their unique journeys to become one. The Olivers launched the show as newlyweds and throughout each season, they centered “Black Love” in its many facets with a multitude of couples. Their commitment to increase representation and create transparency around marriage in the Black community via the series as well as their company Black Love, Inc. (which includes Blacklove.com, the Black Love Plus app, a thriving podcast network, and socials that exceed 70M monthly impressions) has made Black Love cool again. The Olivers have now been married for seven years and raise three sons under six years old. As their marriage and family have quickly evolved, so has the show’s exploration of marital topics and themes.

Check out the trailer for Black Love season six below.

What do you think? Will you be sad to see Black Love end on OWN? Do you plan to watch the final season?