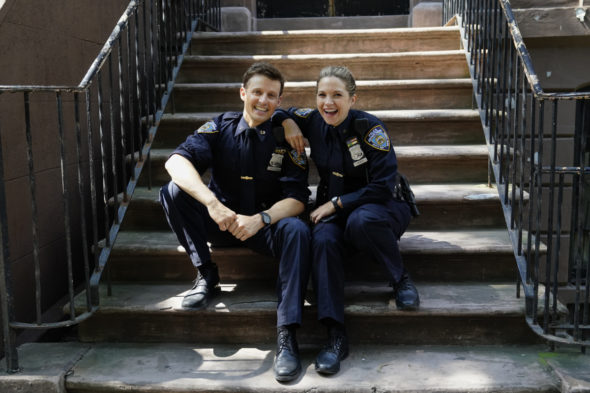 Is the Reagan family still walking the walk during the ninth season of the Blue Bloods TV show on CBS? As we all know, the Nielsen ratings typically play a big role in determining whether a TV show like Blue Bloods is cancelled or renewed for season eight. Unfortunately, most of us do not live in Nielsen households. Because many viewers feel frustration when their viewing habits and opinions aren’t considered, we’d like to offer you the chance to rate all of the Blue Bloods season nine episodes for us here. *Status update below.

What do you think? Which season nine episodes of the Blue Bloods TV series do you rate as wonderful, terrible, or somewhere between? Should CBS cancel or renew Blue Bloods for a tenth season? Don’t forget to vote, and share your thoughts, below.

I absolutely love Blue Bloods. It is one of my favorite shows. Hated that Linda was killed off. I love the family dinners.

This show is insufferable! It’s had its day, pull the plug on it. No one wants to hear from the most inflexible police commissioner ever on TV, or his perpetually angry son Danny and the rest of this family that only works in law enforcement. There is no internal struggle among the characters, no drama, no lighting: every scene looks like it’s shot with 2 lamps! Cancel this show!

Love Blue Glood hope it gets renewed It is our favorite program . Love the stories and all the people who play in Blood Blue. Everyone just right for the part.

Awesome show, if I could make a suggestion. Try placing something else on Friday nights with it other than Hawaii 5 o

This just continues to be a great show, Please keep it going and renew for a new season!

What can we say, another AWESOMESHOW, Keep it going. True as it can get. Thank You.

One of the best T.V. shows ever on T.V. It still has family values, good integrity and honor; and facing the present day problems in society with different opinions – yet showing respect and working together on solutions.

I love blue bloods. Watch every week and watch re-runs on various channels. Drama, family series, and get story line and interaction from all characters. Relevant story lines. .. good writing.
Please keep this quality show has so much going for it and don’t find shows like it.

Blue Bloods is one of my two favorite shows. I watch the re-runs and all the current episodes. This is my kind of show.

I Love Blue Bloods and truly hope to see it run for many more years!