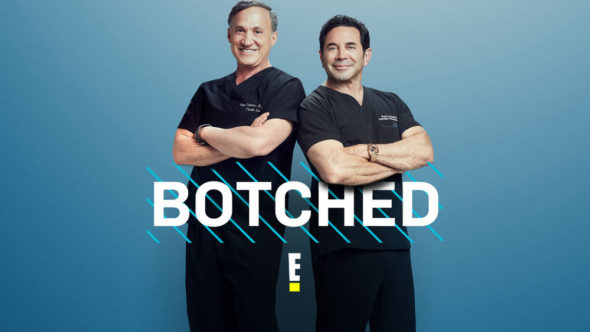 Botched is returning to E! for a seventh season, and the cable channel has released a trailer showing off what’s next on the surgical series. Doctors Paul Nassif and Terry Dubrow are featured in the series as they try to remedy extreme plastic surgeries that have gone wrong.

E! revealed more about the return of Botched in a press release.

· World-renowned Drs. Paul Nassif and Terry Dubrow bring their unparalleled surgical skills and hilarious banter back to the O.R. for another season of mind-blowing patient transformations.

· From heartbreaking to jaw-dropping, the doctors once again take on life-changing surgeries with patients who have not only been “botched” by bad plastic surgery, but have experienced harrowing physical trauma from inexplicable genetic defects and nightmare-inducing accidents.

· Featuring themed episodes like “I Got Dumped Because of My Plastic Surgery,” “I Should Have Done My Homework,” and “Surgical Secrets Revealed,” this season pushes the doctors to pursue innovative new treatments as they grapple with some of the most complicated cases of their careers.

Some of the patients this season include:

· A woman that grew an extra set of softball-sized breasts in her armpits that lactate when she breastfeeds.

· A trip to the ER following a near fatal accident left a patient with a life altering, “shark-bite” sized hole on his abdomen.

· A man who believes his nose was deformed by his mother’s IUD while he was in the womb, creating debilitating breathing and self-esteem issues.

· A woman with the BRCA gene had a mess of a mastectomy and fears her doctor may have left breast tissue behind, still leaving her at risk of developing breast cancer.”

Check out the trailer for Botched season seven below.

What do you think? Are you a fan of Botched on the E! channel? Will you be watching season seven?

I enjoy Botched . Not to much can gross me out . And I like to know what happens when you need these kind of surgeries