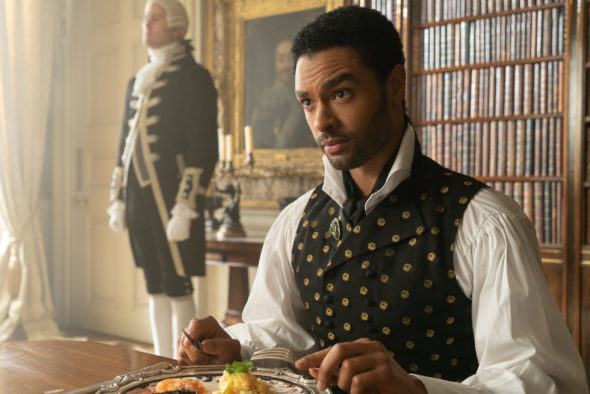 Bridgerton fans were dealt a blow on Friday when it was announced that Rege-Jean Page would not be returning for season two of the romantic drama. He played the love interest of the main character during season one of the Netflix series.

This news wasn’t a surprise to the actor or those that work on the series though. Page had signed on for a one-season arc and the love story of Daphne Bridgerton (Phoebe Dynevor) is now done. Season two of the series will focus on her brother’s love life, and his sister will help him through it but, her romance will not be shown. It is possible Page could return in future seasons.

Page said the following about the Netflix series and his involvement, per The Wrap:

“It’s a one-season arc. It’s going to have a beginning, middle, end – give us a year. [I thought] ‘That’s interesting,’ because then it felt like a limited series. I get to come in, I get to contribute my bit and then the Bridgerton family rolls on. One of the things that is different about this [romance] genre is that the audience knows the arc completes. They come in knowing that, so you can tie people in emotional knots because they have that reassurance that we’re going to come out and we’re going to have the marriage and the baby. I have nothing but excitement for Bridgerton continuing to steam train off and conquer the globe. But there is also value in completing these arcs and sticking the landing.”

The first table read of season two of Bridgerton is now complete, and production is set to start later this month.

What do you think? Are you a fan of Bridgerton? Are you sad that Page isn’t returning for the upcoming season?

I think he got a number of amazing offers and compared that to what Bridgerton was giving and decided to leave. If you get hot in Hollywood, you have to jump on it!