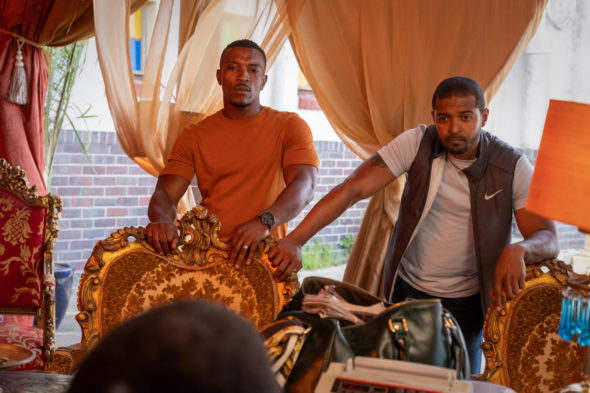 Season four of Bulletproof has been cancelled. The British crime drama was renewed for a fourth season in early 2021 by Sky but now, those plans have been killed. The crime drama has aired for three seasons in the United States on The CW.

Bulletproof stars Ashley Walters and Noel Clarke. The series centers on Aaron “Bish” Bishop (Clarke) and Ronald “Ronnie” Pike Jr (Walters) who are best friends and work as British NCA detectives in London. Although they are from vastly different backgrounds, these partners have a deep, brotherly bond that finds its foundation in their moral code. In season three, they head to South Africa in search of a much-needed vacation from their London day jobs. They get swept up in the kidnapping of a young girl and they soon find themselves delving into the criminal underbelly of Cape Town. This tense, action-packed journey takes them from the lavish world of Cape Town’s elite, through the poverty-stricken townships, with danger around every corner. Bishop and Pike learn that not everyone with a badge can be trusted.

The third season of Bulletproof (which ran for just three episodes) averaged a 0.09 rating in the 18-49 demographic and 474,000 viewers in the live+same day ratings. Compared to season two, that’s up by 24% in the demo and up by 36% in viewership, a rarity in a time where more and more people are switching to streaming platforms and delayed viewing.

According to Variety, the show’s cancellation follows multiple sexual misconduct allegations against Clarke. An investigation by The Guardian news outlet has seen 20 women coming forward with an array of allegations against the actor, including sexual harassment, unwanted touching or groping, sexually inappropriate behavior and comments on set, professional misconduct, taking and sharing sexually explicit pictures and videos without consent, and bullying. Clarke has “vehemently” denied all allegations.

The fourth season of Bulletproof was ordered earlier this year and, since the allegations broke last month, Sky put pre-production on hold. There were talks about replacing Clarke but he created and co-writes the show with Walters.

What do you think? Do you enjoy watching the Bulletproof TV series? Are you sorry to hear that it’s been cancelled? Would you have watched season four?

In the world that we live, there is good and bad, right and wrong along with ups and downs. For everything we take example from those around us. Trump said it was alright to grope women and most of us laughed, Prince William can hang out with questionable men and some of us think it’s still okay. We have actors who marry their adoptive children, yes Woody Allen I mean you. People can take drugs and still become prime minister. Thank you B Johnson. Last but not least, full nude pictures of 10 models, but that’s fine though isn’t it… Read more »

I am in Québec Canada and am simply DEVASTATED by this news. For once consumers had a bloody good show that was not only full of adventure and crime drama, but it was also humorous. And as many great talents must suffer because of these allegations, because of those who seek their 15 minutes of fame, all of the other actors and people who work to complete the episodes suffer as well. Whatever happened to innocent until proven guilty??? Why should the series be cancelled when nothing has been proven yet??? True or false, we shall never really know, but… Read more »

I really love this show, very sad that it was cancelled. Spin off? Something, anything!

Tragic to hear about the allegations- but until proven in court of law… please bring back season 4!!
Maybe they could do a North American version and simply hire them as the writers?!?
Diversity here cries for more front roles for black men!
However, it does Help if they are hot eye candy to grab the viewers attention too… just saying – it doesn’t hurt!
Hello Netflix?!?
Hello Amazon PRIME!!?!

Dynasty is awesome, very stunning to watch, and actors are tops. The plot twists are very good, and the writers give excellent write ups for the actors for the words that come out of the actors speech. I find it very. very entertaining.

Was The CW the right place to air a British crime drama though?

Based on their other shows I would think not.

Whatever happened to innocent until proven guilty?

Within days of the allegations coming to light, Showcase Canada pulled the show off the air as well.

Great show loved it. Sorry to hear about all of the allegations.

What has happened to innocent until proven guilty these days

So to hell with innocent until proven guilty in UK.

Not only that but why must the whole cast be punished for the actions of one individual?

They should have just recast or changed direction like Lethal Weapon or House of Cards did (hopefully with better success than those shows).

Sorry to see it gone! But sadly you do the crime, gotta do the time. If true. These days sexual harrassment is catching up with these guys!