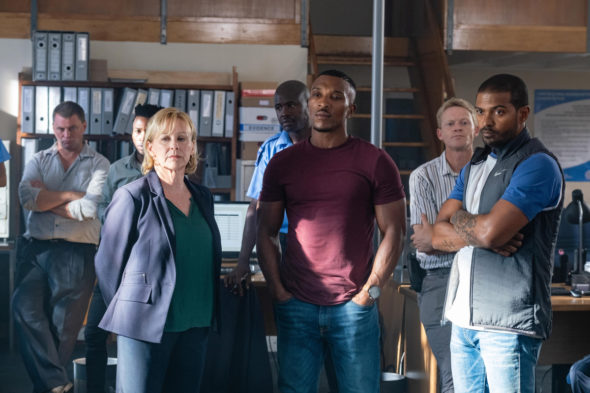 Can Bishop and Pike crack a case far from home? Has the Bulletproof TV show been cancelled or renewed for a fourth season on The CW? The television vulture is watching all the latest cancellation and renewal news, so this page is the place to track the status of Bulletproof, season four. Bookmark it, or subscribe for the latest updates. Remember, the television vulture is watching your shows. Are you?

Airing on The CW television network in the United States, Bulletproof stars Ashley Walters and Noel Clarke. The series centers on Aaron “Bish” Bishop (Clarke) and Ronald “Ronnie” Pike Jr (Walters) who are best friends and work as British NCA detectives in London. Although they are from vastly different backgrounds, these partners have a deep, brotherly bond that finds its foundation in their moral code. In season three, they head to South Africa in search of a much-needed vacation from their London day-jobs. They get swept up in the kidnapping of a young girl and they soon find themselves delving into the criminal underbelly of Cape Town. This tense, action-packed journey takes them from the lavish world of Cape Town’s elite, through the poverty-stricken townships, with danger around every corner. Bishop and Pike learn that not everyone with a badge can be trusted.

The third season of Bulletproof averaged a 0.09 rating in the 18-49 demographic and 474,000 viewers. Compared to season two, that’s up by 24% in the demo and up by 36% in viewership. Find out how Bulletproof stacks up against other The CW TV shows.

Will The CW cancel or renew Bulletproof for season four? The show has already been renewed in the UK (where the show originates) so I think that The CW will also air it. I’ll update this page with breaking developments. Subscribe for free alerts on Bulletproof cancellation or renewal news.

5/21/21 update: Bulletproof has been cancelled so there won’t be a fourth season.

What do you think? Were you hoping that the Bulletproof TV show would be renewed for a fourth season on The CW? How do you feel that the series was cancelled?