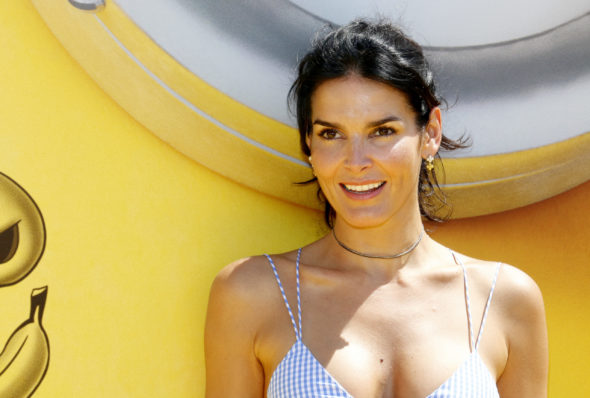 Cellmate Secrets is coming to Lifetime this summer, and actress Angie Harmon will serve as narrator for the true-crime series. The cable show will take viewers inside the cells of infamous inmates and reveal the secrets of what happens to them while behind bars.

Lifetime revealed more about the new true-crime series in a press release.

“On the heels of last year’s hit special, Jodi Arias: Cellmate Secrets, the network announces the new six-episode doc series Cellmate Secrets, which revisits some of the most infamous stories of headline grabbing criminals as part of Lifetime’s Summer of Secrets line up. Angie Harmon (Rizzoli and Isles) will narrate the series, which reveals new insights and information as former friends, guards, cellmates and lovers give first-hand accounts of their time with the famed felons and defendants. Many of the episodes for this season of Cellmate Secrets will air following enhanced versions of Lifetime Original Movies that followed these true stories.

“Angie, true crime and Lifetime are a perfect fit together,” said Amy Winter, EVP, Head of Programming, Lifetime and LMN. “We know our audience devoured the stories when they were playing out in headlines, but now we can go even deeper to reveal more about those infamous stories.”

This season will reexamine the high-profile case of Casey Anthony, now nearing the 10th anniversary of when Casey was acquitted for the murder of her daughter Caylee, as well as the story of Joyce Mitchell, the woman who aided two convicts in their escape from prison in Dannemora, NY. Cellmate Secrets will also delve into the inner lives of convicted killers Drew Peterson, Chris Watts, Susan Smith and Shayna Hubers. Cellmate Secrets will air Fridays at 10pm ET/PT starting June 4th, following enhanced encores of Lifetime original movies centered on them including Prosecuting Casey Anthony and Drew Peterson Untouchable – both which starred Rob Lowe. Other movies include New York Prison Break: The Joyce Mitchell Story and Chris Watts: Confessions of a Killer.”

What do you think? Will you watch the new Cellmate Secrets TV series on Lifetime? Do you enjoy true crime shows?

I love Angie Harmon! I loved her on Rizzoli & Isles and wished it was still on. I will be watching cell mates and secrets. If this doesn’t pan out (which I do for you) I hope you star in another TV series.

I love Angie Harlan! I will watch this!

I love Angie Harmon and was waiting for her to start a new show. But I will not watch anything that glorifies criminals or keep their names in the limelight.