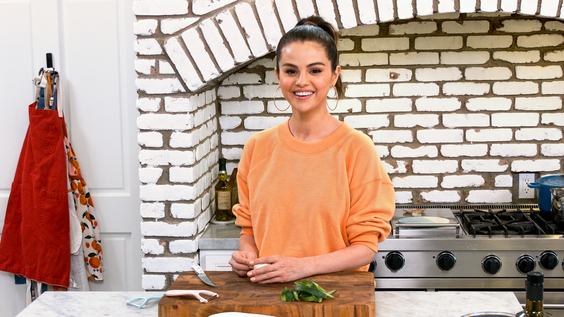 Selena + Chef is coming back for another season. HBO Max has renewed the cooking show for a third season. The streaming series features actress and singer Selena Gomez as she prepares dishes alongside well-known chefs in her home kitchen.

HBO Max revealed more about the return of Selena + Chef in a press release.

“HBO Max today announced that Selena Gomez’s cooking show SELENA + CHEF has been renewed for a third season. New episodes of the unscripted series will premiere later this year, exclusively on HBO Max. The series is executive produced by Gomez for July Moon Productions, along with executive producers Eli Holzman, Aaron Saidman, and Leah Hariton on behalf of Industrial Media’s The Intellectual Property Corporation (IPC) and Melissa Stokes.

In season three, Selena will continue her cooking adventures at home with a new roster of all-star chefs that will help her whip up delicious dishes. Like in its first two seasons, each chef will highlight a different charity each episode. To date, the series has raised $360,000 for 23 nonprofit organizations.”

A premiere date for the third season will be announced at a later date. The previous seasons’ 20 episodes are already available on the streaming service.

What do you think? Are you a fan of Selena + Chef on HBO Max? Do you plan to watch season three when it arrives?