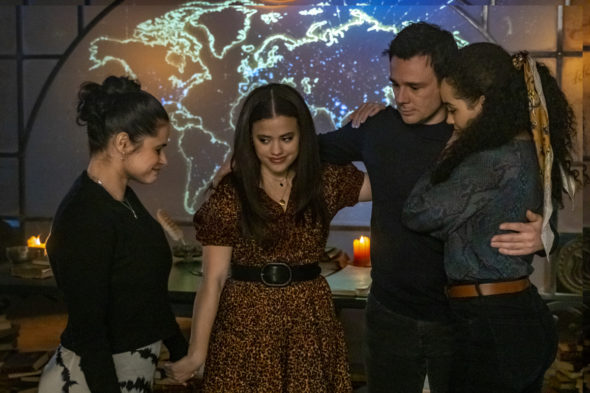 There’s still magic in the air at The CW. The smallest broadcast network has renewed the Charmed TV series for a fourth year which will air as part of the 2021-22 television season. Just two episodes of the third season have aired thus far.

Airing on Sunday nights, the third season of Charmed averages a 0.10 rating in the 18-49 demographic and 440,000 viewers. Compared to season two, that’s down by 41% in the demo and down by 31% in viewership. As live+same day ratings keep dropping for most network shows, The CW continues to focus on streaming and other revenue sources.

What do you think? Do you enjoy the Charmed television show? Are you looking forward to watching season four of this CW series?

i wonder what there new sister name will be who’s taking over for Macy. I Do know one thing that person name will start with a M.

Love the new charmed. Waiting for new episodes as soon as possible!

I just want to know when Charmed; Legies, walker, RiverDale and Nancy coming back ??

Yeah!! Future Mel came to see present Mel and told her to protect the baby in the present. So crazy !!!!!!
Have you watched the latest episode yet tho, don’t wanna spoil

I love this new charmed especially macy and harry please renewal them for at least 4 more seasons.