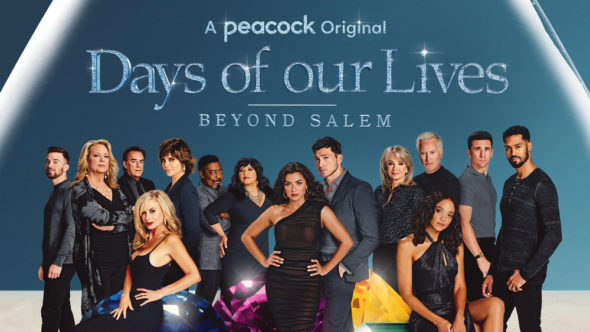 All find themselves embroiled in a mystery involving stolen jewels which, in the wrong hands, could cause dire consequences for Salem. It’s a race against time for ISA agent Billie Reed (Rinna) as she crosses the globe in search of Alamainian Peacock’s missing treasure.

What do you think? Do you like the Days of Our Lives: Beyond Salem TV show? Do you think it should be cancelled or renewed for another season?

It needs to be renewed!

Loved seeing the old players and would like to see more

I didnt enjoy it. I just dont think the 1 hour daily soap opera with a million commercials is right for Streaming. It also just seems like a mish-mash of whomever was available of the former actors. Not well written either.

I really enjoyed Days of Our Lives, Beyond Salem. It was enjoyable to see the past actors and the current actors in new places and I think people would enjoy watching this as an ongoing show in addition to the regular show situated in Salem. They can do shows in the different cities with the actors no longer on the show, or where they normally shoot the episodes for Days of Our Lives.