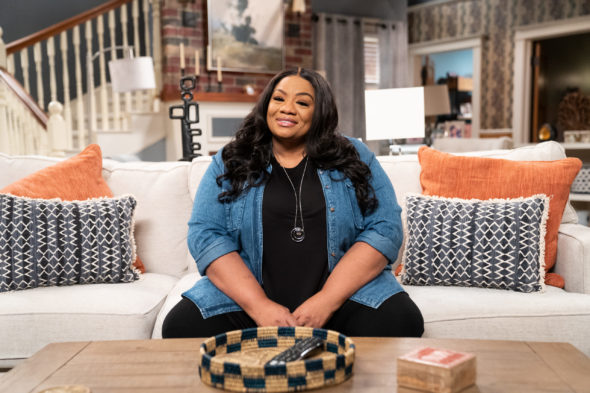 The Ms. Pat Show is not going anywhere anytime soon. The comedy premiered in August, and it quickly rose in popularity on BET+, leading to a renewal. Season two will consist of 10 episodes, and the cast is all returning for the newly ordered episodes.

Patricia “Ms. Pat” Williams, J. Bernard Calloway, Tami Roman, Theodore Barnes, and newcomer Briyana Guadalupe star in the comedy. The show is based on Ms. Pat’s memoirs which tell the story “of a former convicted felon turned suburban mom and stand-up comedian, whose hustle and resilient spirit were forged on the streets of Atlanta. She now finds herself and her family in conservative middle America.”

Patricia Williams said the following about the renewal of her BET+ series:

“I heard y’all was looking for Season 2, so here we go. I can’t wait for you to see what Jordan and I do this time! And I can’t thank Lee Daniels, Brian Grazer, and Ron Howard enough for supporting this project.”

Devin Griffin, EVP and GM of BET+, said the following about the streaming service’s decision to renew the series:

“We knew The Ms. Pat Show was something special and that our viewers would fall in love with this family. Ms. Pat’s story is incredibly inspiring and her humor makes it a unique and relatable show. We’re eager to continue building our relationship with Ms. Pat, Jordan E. Cooper, Lee Daniels, Imagine and everyone involved in creating this incredible show for our viewers.”

A premiere date for The Ms. Pat Show season two will be announced at a later time.

What do you think? Are you a fan of The Ms. Pat Show? Do you plan to continue watching the comedy series?

I love The Ms Pat Show, except for all the cursing and the provocative sex parts (such as talking about sucking a ****, even about the ***** parts and the *******) just about the language, because my 7 year old daughter watches this show too because she likes the show and I truly understand that’s her way of talking the truth. But in all honesty, keep on coming back with more seasons and episodes please, yall are doing a great job.

Love Ms. Pat, her sarcastic reality is much needed in this day!