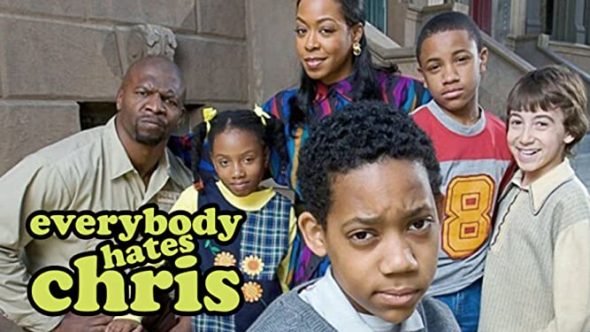 CBS Studios is busy putting new shows together. The production outlet is currently working on three new shows, including an animated reboot of Everybody Hates Chris – the autobiographical comedy based on the teen years of comic Chris Rock.

Shtisel is an Israeli series being remade for American audiences. It’s “a modern-day Romeo and Juliet story about an ultra-progressive, over-achieving secular eighteen-year-old young woman on the verge of personal freedom, and the strictly observant Orthodox young man to whom she is powerfully drawn – so powerfully that she is willing to uproot her entire life to be with him.”

Panther Baby is being adapted from Jamal Joseph’s coming-of-age memoir about being part of the Black Panther movement and is set to air on Starz. CBS Studios is branching out and selling their programs to more places, like Starz.

“We dipped our toe into it as a way to expand the Star Trek franchise but then quickly saw with Alec Botnick, who works with Kate as our head of animation, hey, wait a minute, this is a game we can play in, it doesn’t have to just be to fill a piece of the pie that Star Trek had never been in before. We can do it elsewhere, and there’s a demand for it, not only at Paramount+ and in the streaming world but everywhere, so we’re learning as we go. With No Activity, we wanted a fourth season of that show and for logistical reasons and actor availability issues, we were in a bit of a pickle, and the solution ended up being that that live-action series became an animated series which I’m not sure has happened before, but we were pretty delighted with that fix.”

Network homes for Everybody Hates Chris and Shtisel have not been set yet.

What do you think? Are you excited to see these three shows when they arrive?

I love Everybody Hates Chris, but it doesn’t need to be rebooted, and not in an animated format either. My goodness. I’m pretty sure it’s for Paramount+.