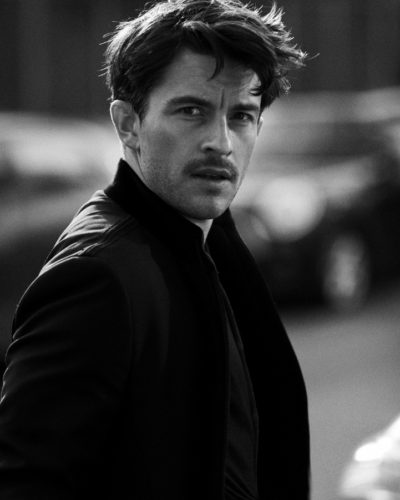 Fellow Travelers has added another star to its cast. Jonathan Bailey is joining Matt Bomer and Allison Williams as one of the leads in the upcoming Showtime series. Based on the novel by Thomas Mallon, the series is a political thriller but also follows the romance of two men who meet during the McCarthy era.

SHOWTIME has announced that Jonathan Bailey (Bridgerton)will star in the new limited series FELLOW TRAVELERS, alongside Emmy nominee and Critics Choice Award winner Matt Bomer (The Normal Heart, The Boys in the Band) and Allison Williams (Get Out, Girls).Bailey will play Tim Laughlin, a young Fordham University graduate, earnest about his political and religious convictions and filled with optimism about the post-WWII future. The eight-episode limited series is created by Oscar® nominee Ron Nyswaner (Philadelphia, HOMELAND). Bomer and Nyswaner will executive produce with Robbie Rogers (All American, My Policeman). Daniel Minahan (Halston, American Crime Story: Versace) will executive produce and direct the first two episodes. Co-produced by Fremantle with SHOWTIME, FELLOW TRAVELERS will go into production later this month in Toronto.

Based on the novel by Thomas Mallon,FELLOW TRAVELERSis an epic love story and political thriller, chronicling the volatile romance of two very different men who meet in the shadow of McCarthy-era Washington. Handsome and charismatic Hawkins Fuller (Bomer) avoids emotional entanglements – until he meets Tim Laughlin (Bailey), a young man brimming with idealism and religious faith. They begin a romance just as Joseph McCarthy and Roy Cohn declare war on “subversives and sexual deviants,” initiating one of the darkest periods in 20th-century American history. Over the course of four decades, Hawk and Tim cross paths through the Vietnam War protests of the 1960s, the drug-fueled disco hedonism of the 1970s and the AIDS crisis of the 1980s, while facing obstacles in the world and in themselves.

Bailey can most recently be seen starring as Anthony Bridgerton in Bridgerton. He will reprise his role in season three. Other film and television credits include Broadchurch, The Mercy, Michaela Coel’s Chewing Gum and Phoebe Waller-Bridge’s Crashing. On the stage, Bailey has most recently starred in Marianne Elliott’s sold-out revival of Cock, which opened to rave reviews in March 2022. Bailey previously collaborated with Elliott for the award-winning Company, alongside Patti Lupone, for which he won an Olivier Award. He also starred alongside Ian Mckellen in King Lear in 2017.

A premiere date will be announced at some point in the future.

What do you think? Are you planning to check out Fellow Travelers on Showtime?

If we get to see Jon Bailey and Matt Boomer naked, count me in A LOT.

Will not be making the trip.