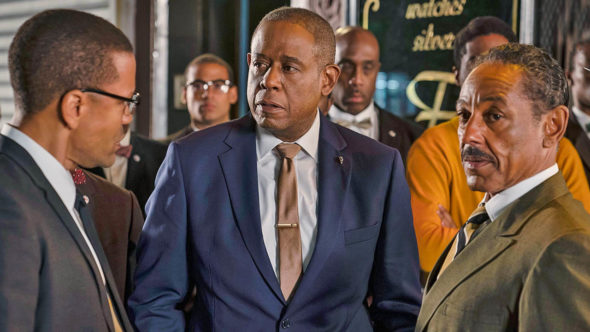 Godfather of Harlem has a premiere date for its third season. The new season will arrive on January 15th, on the same day that EPIX is rebranded as MGM+. Forest Whitaker, Vincent D’Onofrio, Ilfenesh Hadera, Lucy Fry, Antoinette Crowe-Legacy, and Giancarlo Esposito star in the series that follows the life of crime boss Bumpy Johnson (Whitaker). Ten episodes are planned for season three.

MGM+ revealed more about the upcoming season of Godfather of Harlem:

Godfather of Harlem tells a story inspired by infamous crime boss Bumpy Johnson (Whitaker), who, in the early 1960s, returned from 11 years in prison to find the neighborhood he once ruled in shambles.

Season Three will find Bumpy Johnson continuing to battle for control of Harlem, with other aspirants to the throne, namely the Cuban Mafia from neighboring Spanish Harlem. Taking on the Cuban mob will put Bumpy, his loved ones, and his community in the crosshairs of not only the rival Italians, but ruthless Latin assassins and, ultimately, the CIA. Godfather of Harlem is a collision of the criminal underworld and the civil rights movement during one of the most tumultuous times in American history.

Bumpy is back. #GodfatherOfHarlem will return for a new season 1.15.23 on MGM+ (EPIX is becoming MGM+). #mgmplus pic.twitter.com/57O7RghKXt

What do you think? Are you excited about the return of Godfather of Harlem?

One of my favorite shows. Can’t wait to see the new season.