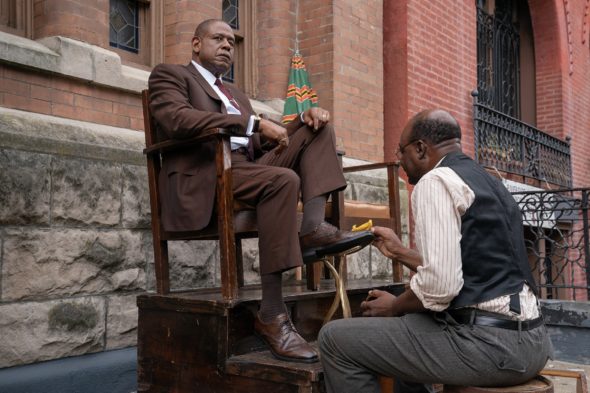 TV show description:
A crime drama series, Godfather of Harlem TV show is inspired by the story of an infamous crime boss.

In the early 1960s, Bumpy Johnson (Whitaker) returned from 10 years in prison to find the neighborhood he once ruled in shambles. With the streets controlled by the Italian mob, Bumpy must take on the Genovese crime family to regain control.

During the brutal battle, he forms an alliance with radical preacher Malcolm X (Thatch) – catching Malcolm’s political rise in the crosshairs of social upheaval and a mob war that threatens to tear the city apart.

The story follows the collision of the criminal underworld and the civil rights movement during one of the most tumultuous times in American history.

What do you think? Do you like the Godfather of Harlem TV show? Do you think it should be cancelled or renewed for another season?

The godfather of Harlem is the only reason that I watch Epix.

are you kidding me? why would you cancel such a historical representation of life during some of the most troubled times in America! in this modern world that is another repeat of the same thing, this show touched on some of the most important movements in history. shame on you for being to. weak to show the truth!

Godfather of Harlem is one show on EPIX I look forward to watching. Forrest Whitaker is great.