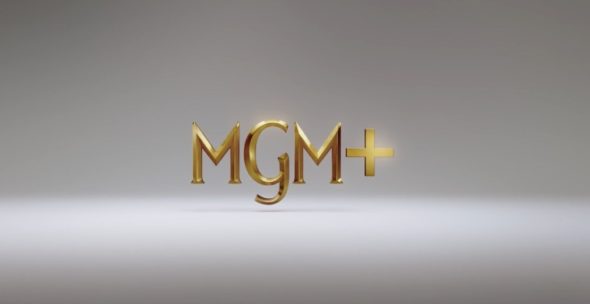 EPIX is going to be rebranded on January 15th. The streaming service and cable channel’s name will be changed to MGM+ but will continue to be made available via Prime Video, cable, satellite, and telco.

“MGM is one of the most iconic and beloved brands from the golden age of entertainment,” said Michael Wright, head of MGM+. “This rebrand is a promise to existing and new viewers that MGM+ is the place to find television that reflects and celebrates the legacy of the iconic MGM brand – cinematic programming with sophisticated storytelling that entertains, delights, surprises, and transports. MGM is television for movie lovers.”

In addition to the rebrand, the outlet has announced new programming that will be coming in 2023. MGM+ revealed more about the new arrivals in a press release.

This is the story of Roman Compte, Cuban exile, CIA operative, and general manager of the The Mutiny Hotel, the glamorous epicenter of the Miami cocaine scene of late ’70s and early ’80s. Chris Brancato (Narcos, Godfather of Harlem) will serve as showrunner and executive producer for this eight-episode crime thriller from EPIX Studios. Guillermo Navarro (Pan’s Labyrinth) will direct the pilot and also executive produce the series, in addition to Brancato.

Belgravia: The Next Chapter

The series will pick up in 1865, 25 years after the events depicted in the 2020 limited series, which was written by Julian Fellowes (Downton Abbey) and based on his novel of the same name. Developed and written by Helen Edmundson (Dalgliesh, Mary Magdalene), it will tell the love story of Frederick Trenchard, who has grown up as the third Lord Glanville, and his new love interest, Clara Dunn, who is a newcomer to London society. Unaware that his birth was the product of an affair between his mother Susan and the scoundrel John Bellasis, a troubled childhood has left Frederick deeply insecure, which challenges his courtship of and marriage to Clara. The series reunites Carnival’s award-winning creative team – led by Gareth Neame – with Fellowes, who serves as executive producer. Neame, Nigel Marchant and Joanna Strevens are executive producers for Carnival.

The network will also feature acclaimed docuseries, including Emmy-nominated Laurel Canyon, Helter Skelter, My Life as a Rolling Stone, NFL Icons, Blumhouse’s Compendium of Horrors, and Murf the Surf. Adding to this lineup, the network announced today the following greenlit unscripted series orders:

This four-part docuseries chronicles the world’s most infamous haunted house tale: the Amityville murders. The project, from B17 Entertainment and executive produced by Lesley Chilcott (Helter Skelter: An American Myth, An Inconvenient Truth), is the first elevated look at every aspect of this wildly layered story about the heinous murder of a family of six that became eclipsed by paranormal controversy.  In addition to Chilcott, Blaine Duncan, Brooklyn Hudson, Amanda Raymond, Rhett Bachner, and Brien Meagher serve as executive producers. Jack Riccobono (The Seventh Fire) serves as director and executive producer.

From the team behind the three-time Emmy-nominated documentary Laurel Canyon comes San Francisco Sounds, a two-part documentary series that tracks the history of the San Francisco music scene from 1965 to 1975. Frank Marshall (Laurel Canyon, Mr. A & Mr. M: The Story of A&M Records), Alex Gibney (The Inventor; Crime of the Century), Jeff Pollack (Laurel Canyon, McCartney 3,2,1), Darryl Frank (Laurel Canyon, The Americans, Good Night Oppy), Justin Falvey (Laurel Canyon, The Americans, Good Night Oppy), Stacey Offman (The Line, Kingdom of Silence), Richard Perello (How To Change Your Mind, Totally Under Control), and Alison Ellwood (Laurel Canyon, How to Change Your Mind, The Go-Go’s) are attached as executive producers along with Jeff Jampol (Janis: Little Girl Blue, When You’re Strange: A Film About the Doors). Erin Edeiken and Tess Ranahan serve as producers. Ellwood is also attached to direct along with Anoosh Tertzakian. Jigsaw Productions is producing in association with Amblin Television and The Kennedy/Marshall Company. ”

“We are thrilled to expand our creative partnership with Chris Brancato. Chris creates cinematic, sophisticated, and captivating television that exemplifies the EPIX brand, and we couldn’t enlist a better partner to help kick off this exciting new era for the network.”

He also spoke about Belgravia: The Next Chapter:

“With its cinematic scope, emotionally engaging story, and brilliant production design that brings the time period to life, Belgravia: The Next Chapter is an immersive story that will keep viewers riveted. We can’t wait to see what Julian, Helen Edmundson and Carnival have in store for our audience.”

What do you think? Are you planning to check out any of these new shows on MGM+ next year?