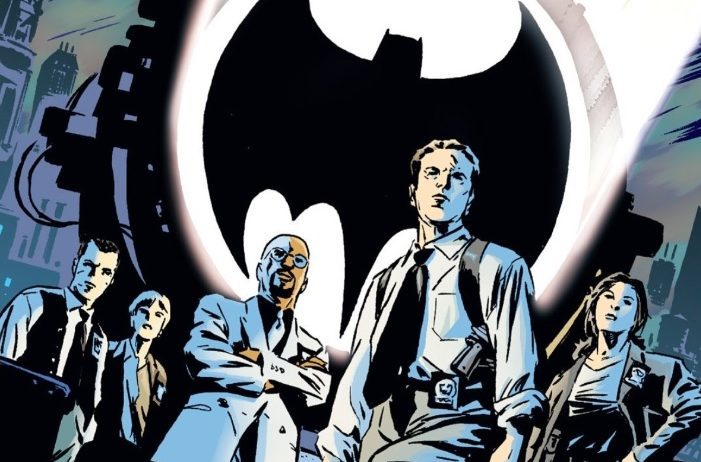 The planned prequel series for the recently released The Batman movie is not moving forward on HBO Max. Gotham Central was set to feature a cop from the Gotham Police Department who is fighting for his soul.

Gotham Central was ordered to series by HBO Max in July 2020. Matt Reeves revealed the plans for the series were shelved in a recent edition of the Happy Sad Confused podcast. He said the following, per Deadline:

“One thing that we’re not doing that I was gonna do. … So there’s the Gotham police show, which, that one actually is put on hold. We’re not really doing that.”

Reeves indicated that he hopes “maybe someday” revisit the project.

For the immediate future, The CW has ordered a pilot for the potential Gotham Knights TV show. The series would take place after Bruce Wayne’s demise and focus on the offspring of Batman’s enemies after they’ve been framed for killing the caped crusader.

What do you think? Would you have watched Gotham Central on HBO Max?

Uh… didn’t they have a show with this exact description called “Gotham” just a few years ago??

Good show actually. Centered around Jim Gordon, but had Bruce Wayne as a teenager, slowly moving towards his Bat-self. Had Penguin & the Riddler in their beginning stages.

And if that wasn’t prequel enough for you, they had the prequel to that, called “Pennyworth”, centered around Alfred, of all people. Sort of a James Bond type in his younger days before settling down as a rich dude’s butler… as crazy as that sounds.

Why would we need any more “prequels” after that??

You got it . Both shows so good like Pennyworth much better than Gotham tv series too dark theme . Why do this all DC comics world stupid idea should better story don’t understand it.

They made enough shoes of this pennyworth on Epix tv channel, Gotham been on Fox tv channel few years finally ends. Good heavens.

if they were going to make a show about Gotham now. It needs to be directly tied to the Batman movie. It should be set after the events of the Batman. It should be about Commissioner Gordon and others helping Gotham recover from the destruction left by the Riddler. It could include episodes about villains and could include various cameos by the Batman in the shadows.