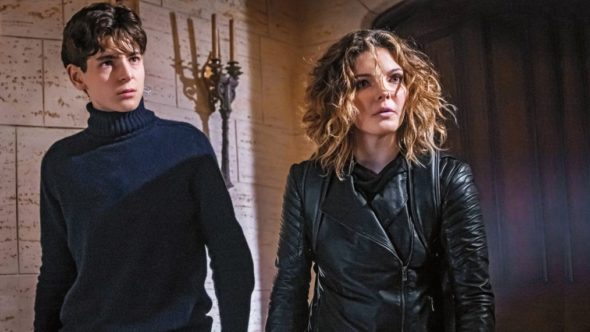 Catwoman’s going to look a little different in the series finale of Gotham. Star Camren Bicondova recently explained why her role has been recast on the FOX TV show, io9 reports.

On social media, Bicondova explained that Lili Simmons will be taking over as Catwoman in the series finale of Gotham because there is a flash-forward and she didn’t feel comfortable playing the character 10 years older.

The season five and series finale of Gotham debuts on FOX on April 25th at 8 p.m. ET/PT.

See Bicondova’s post and a sneak peek of the finale below:

What do you think? Do you watch Gotham? Are you excited for the series finale?

I really like the Kat that started the show. There was something about her (kind of sparkling)that I don’t think the new Kat has. We’ll see

Note to Camren: A wise & very mature decision on your part. We enjoyed your performance as a coming of age Catwoman. Your legacy in Batman folklore is forever secured. Sincere best wishes for what I’m sure will be a memorable career.