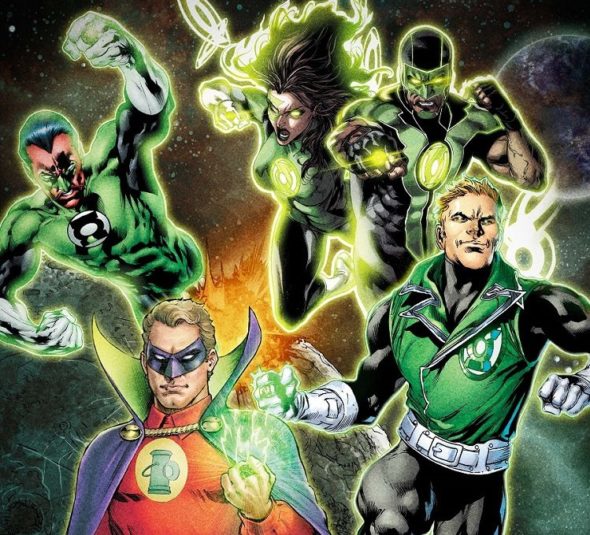 Over the weekend, HBO Max highlighted its upcoming programming. Along the way, the streaming service confirmed that three new TV shows, all based on pre-existing characters from DC Comics’ long history, have been ordered to series — DC Super Hero High, Green Lantern, and Strange Adventures.

DC Super Hero High is a high school comedy that takes place in a boarding school that’s filled with students who will, one day, become legendary superheroes. The animated series is executive produced by Elizabeth Banks, Max Handelman, Scott Weinger, John D. Beck, and Ron Hart with Dannah Shinder as a co-executive producer. In addition to executive producing, Weinger will also write the series. You may remember him from his on-camera role on Fuller House and for voicing lead of Disney’s animated Aladdin movie and series. Weinger has also written on shows like Black-ish, Galavant, 90210, and The Muppets.

Green Lantern will feature the adventures of ring-slinging superheroes from across the galaxy like Guy Gardner, Jessica Cruz, Simon Baz, Sinestro, Killowog, and Alan Scott. It’s unclear if well-known Justice League members like Hal Jordan and Jon Stewart will appear. Greg Berlanti and Sarah Schecter executive produce on this one-hour series. For the first season, 10 episodes have been ordered.

Strange Adventures, the title of a long-running comic book series, is a superhero anthology series that will feature characters from across the DC canon. The drama will explore close-ended morality tales about the intersecting lives of mortals and superhumans. It’s executive produced by Greg Berlanti, Sarah Schechter, and John Stephens.

There’s no word yet on when any of these series will begin airing.

What do you think? Do you like the sound of any of these new DC TV series? Do you plan to check them out?

I’m fairly sure that the Green Lantern series and Strange Adventures are both live action, not animated.

Hell Yes! I will watch the show and pray that the show will be a renewal for the new season.