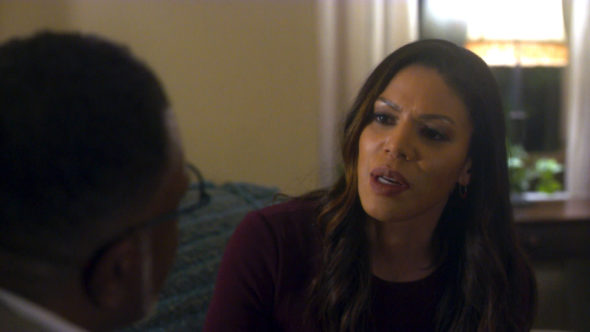 Is the fourth season of the Greenleaf TV show on OWN a balm for the soul? As we all know, the Nielsen ratings typically play a big role in determining whether a TV show like Greenleaf is cancelled or renewed for season five. Unfortunately, most of us do not live in Nielsen households. Because many viewers feel frustration when their viewing habits and opinions aren’t considered, we’d like to offer you the chance to rate all of the Greenleaf season three episodes here. *Status update below.

What do you think? Which season four episodes of the Greenleaf TV series do you rate as wonderful, terrible, or somewhere between? Should OWN cancel or renew Greenleaf for a fifth season? Don’t forget to vote, and share your thoughts, below.

Please don’t cancel Greenleafs they are an awesome family

My family of ladies get together and watch this is something to do together we would love for you to bring back Green leaf. I think that it shows how church families are normal human beings and not above anyone else and how God works in his own way. I think that the sun turn yourself in because he loves his mother I want to prove to the family that they’re wrong about him.

Please bring back this show with a season 5! It’s extremely engaging, binge worthy, and there is much yet to be told….

My Husband and I love this show!please bring season 5!

I am so looking forward to the return of grace in season five, i love this tv series and i want it to continue please bring back season five

Please renew , my husband and I love this show. Keep going

Awesome show, I am looking forward to seeing greenleaf continue to tell the full story line without ending like other shows leaving viewers without a proper ending.

Please bring back Greenleaf. My significant other and I love it.

Thoroughly disappointed with Charity. I had her peg as being much stronger. Therapy is not a bad avenue. Counseling in the Black community is a taboo subject. Please introduce.

Bring back their dignity and spiritual integrity

Please renew Greenleaf. I don’t understand how the show received such low ratings. The cast is exceptional.

I love this show. Please do not cancel it. Does anyone think that A.J. got paid by those nasty people to turn himself in? Why else would he do that with so many willing to help him. I think they will pull together and get Calvary back. I can’t believe how dumb Charity and Clarissa are. The only truly honest one is Jacob.

Rochelle B.
Reply to  Lisa

I think That AJ really is not AJ, maybe the guy at the end is AJ or if he is AJ that guy has been the one black mailing him of those things the police accused/suspect him of doing. either way I think they are going to be a connection with those 2 they build and looks are too similar and both know about the Greenleaf’s history

Tobby
Reply to  Rochelle B.

Yes i do agree with you, i think the guy that came to meet grace is really A.J but we need to know the full story in season 5 and more….the morr reason why we need another season

Troy
Reply to  Rochelle B.

Weird the impressions we get. I kind of thought the guy at the end was an angel. Have to go back and watch it again. Maybe I missed something.

This has been the best series my husband and I have seen YET. binge watched all seasons in 4 days. Please keep it going.

Please renew Greenleaf we love it and anticipate season 5