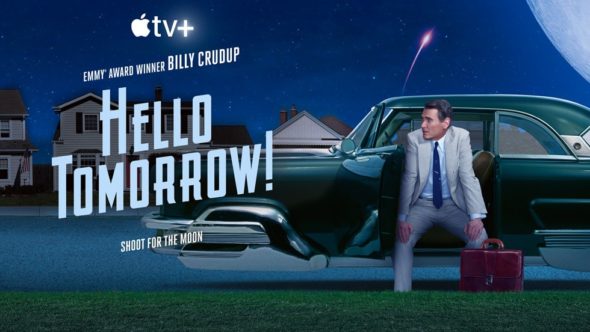 Apple TV+ has released a premiere date and trailer for the Hello Tomorrow! series, which is executive produced by Billy Crudup (The Morning Show). Ten half-hour episodes have been produced.

Apple TV+ unveiled the trailer for “Hello Tomorrow!,” a 10-episode dramedy set in a retro-future world.

Check out the trailer for Hello Tomorrow! below.

What do you think? Do you plan to check out this new dramedy series on Apple TV+ next month?

Wow- it’s nice to see something unusual! I look forward to watching it.