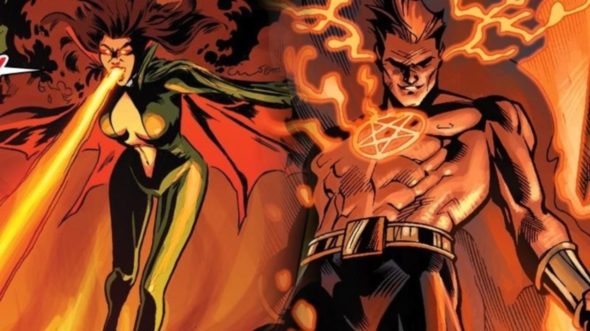 Helstrom is coming to Hulu and a trailer and premiere date have now been announced for the new Marvel series. Tom Austen, Sydney Lemmon, Elizabeth Marvel, Robert Wisdom, Ariana Guerra, June Carryl, and Alain Uy star in the series, which will arrive in October.

Hulu revealed more about the plot of the Helstrom series in a press release.

“As the son and daughter of a mysterious and powerful serial killer, Helstrom follows Daimon (Tom Austen) and Ana Helstrom (Sydney Lemmon), and their complicated dynamic, as they track down the worst of humanity – each with their own attitude and skills.”

What do you think? Are you planning to watch this new Marvel series on Hulu?

Yes this series was very good, this show deserves a season two, with more action.

Q. What happens with the Blood?
Q. Who is poppa who is gathering his children?
Q. Who are the children, that this mysterious man is gathering? For what purpose?

There are so many unanswered questions, but this series coldve easily been given another season for both suspense, horror & drama catagories.

Please renewed another season so good.

The character Son of Satan (circa 1975) was originally named Daimon HELLSTROM, with two “L”s, then in 1993, was redubbed HELLSTORM without explanation. Later stories have claimed that he is still Daimon Hellstrom in his uncostumed identity, and Hellstorm in his costumed-hero form. He has never, however, appeared in any comic book as HELSTROM. Why the change in spelling? Who knows? I think it’s very telling that, without exception, no Marvel movie or TV series has ever been adapted from the comics without some Hollywood type deciding to change some major aspect of the character: concept, history, appearance, name, or… Read more »