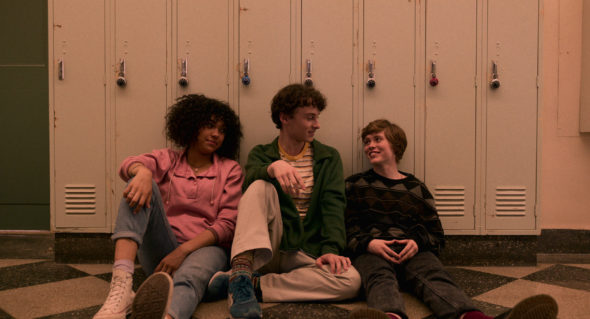 I Am Not Okay With This is coming soon to Netflix, and viewers can now take a sneak peek at the new supernatural series in a trailer released by the streaming service. The series comes from 21 Laps Entertainment, which is the same company behind Stranger Things.

Deadline revealed that the Netflix series “follows Sydney, played by It‘s Sophia Lillis, who’s navigating the trials and tribulations of high school while dealing with the complexities of her family (her father has been killed in a weird incident), her budding sexuality (she’s in love with her best friend, Dina, played by Sofia Bryant) and the mysterious superpowers (hint: don’t lose to her in bowling) beginning to awaken deep within her.”

The new series will arrive on February 26. Check out the trailer for the series below.

What do you think? Will you watch I Am Not Okay With This?

I would like to be a contestant, hands down

I will not commit to any Netflix series since they tend to cancel them after one season. I am still pissed about the cancellation of Spinning Out!

No I will not watch. I have no problem in general with anyone doing what they love, and being with whom they love. Sexuality is always highlighted and honestly I don’t always have to see a romance in what I watch. Let kids be kids.

Another high school coming of age supernatural drama, just what we need.