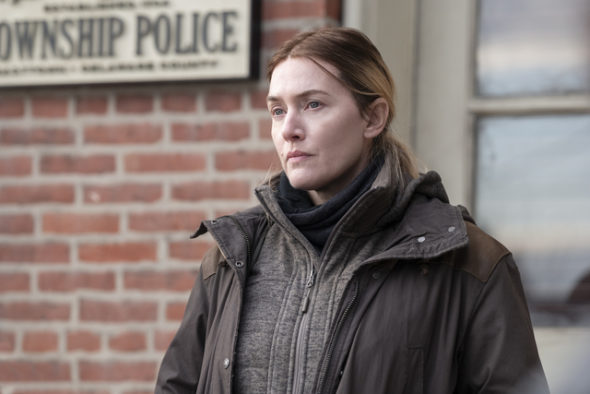 TV show description:
Created by Brad Ingelsby, the Mare of Easttown TV series is an exploration into the dark side of a close community and an examination of how family and past tragedies can define our present.

In the story, Mare Sheehan (Winslet) is a small-town Pennsylvania detective with 20 years of experience and a jaded demeanor. She investigates a local murder while trying to keep her own life from falling apart. Mare finds herself paired up with a young hotshot detective — Colin Zabel (Peters) — sent by the county to assist on the case.

Mare is still feeling the repercussions of her broken marriage which followed her son’s suicide. She’s trying to raise her grandson with the help of her own mother, Helen (Smart). Mare also tries to convince her daughter, Siobhan (Rice), to chase her dreams so she can get out of Easttown one day. Meanwhile, Mare’s ex-husband, Frank (Denman), has bought the house behind her home in an attempt to have a friendly divorce and is now engaged to his new girlfriend.

Series Finale:
Episode #7 — Sacrament
When her investigation takes a series of devastating turns, Mare’s friends and family members process the fallout as she attempts to finally find her own way forward.
First aired: May 30, 2021.

What do you think? Do you like the Mare of Easttown TV show? Do you think it should return for a second season someday?