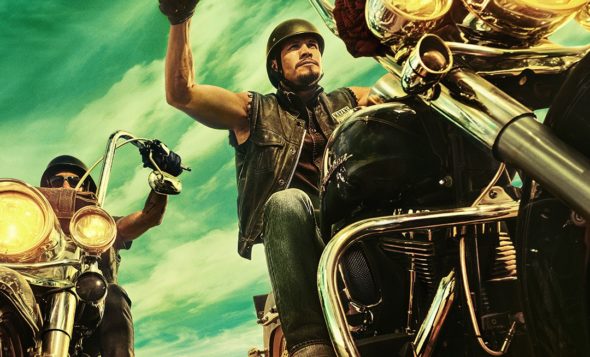 The gang will return. FX has renewed the Mayans MC TV series for a fourth season which will air in 2022.

A gritty motorcycle drama, the Mayans MC TV show stars JD Pardo, Clayton Cardenas, Edward James Olmos, Ray McKinnon, Carla Baratta, Danny Pino, Michael Irby, Raoul Max Trujillo, Richard Cabral, Emilio Rivera, Sarah Bolger, and Sulem Calderon. The story follows Ezekiel “EZ” Reyes (Pardo), a newly patched member of the Mayans M.C. charter on the Cali/Mexi border. Once the golden boy with the American Dream in his grasp, EZ and his brother Angel (Cardenas) are closer than ever after uncovering the truth behind their mother’s murder while their father Felipe (Olmos) struggles to reconcile the choices he and his sons have made. After United States Assistant District Attorney Lincoln Potter (McKinnon) threatens to deport Felipe, EZ and Angel chose to leverage incriminating information to protect him rather than to free rebel leader Adelita (Baratta) from federal custody, leaving her to give birth to Angel’s son while in handcuffs. Meanwhile, Miguel Galindo (Pino) is left reeling over the loss of his mother to an apparent suicide, while others quietly suspect foul play. Additionally, the Mayans seek vengeance on their rivals, the Tijuana M.C. Vatos Malditos, after a surprise attack on their club. When the smoke clears, they discover the body of a Sons of Anarchy Motorcycle Club Redwood Original – there will be hell to pay.

“Elgin James, his creative collaborators, this incredible cast and crew delivered on another epic season of Mayans M.C.,” said Nick Grad, President, Original Programming, FX Entertainment. “Through three seasons, Mayans has told stories that resonate well beyond the border where the club thrives and survives, inviting fans inside their world and giving them a seat at the table.”

“I am deeply indebted to everyone at FX and 20th for allowing us to continue to tell the stories of the characters that Kurt and I created and whom our cast and crew took to new heights in season three,” noted showrunner Elgin James. “In season four, we look forward to diving deeper into each character’s truths, exploring the danger of the combustible world they inhabit, and for each writer, cast member, and crew to stake out our place as storytellers.”

What do you think? Do you enjoy the Mayans MC TV series? Are you glad to hear that it’s been renewed for a fourth season on FX?

We love Mayans MC and are impatiently awaiting Season 4.