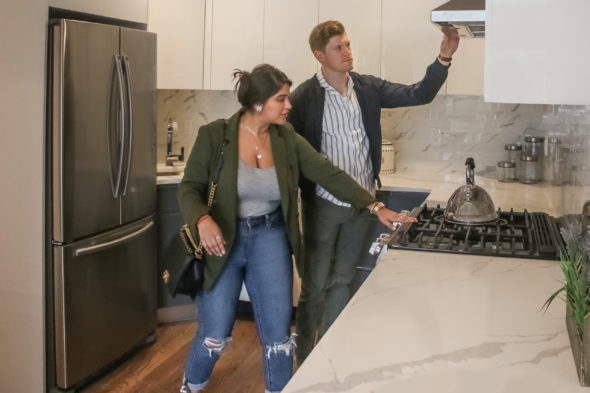 Moving for Love arrives on HGTV in January. The cable channel has teased the new series which follows long-distance couples in which one-half of the couple uproots their life to make a big move and lessen the distance between them. There are six episodes in the first season.

HGTV revealed more about the new series in a press release.

“Moving For Love, a new HGTV series from the producers of TLC’s mega-hit 90 Day Fiance, will document long-distance couples’ experiences as they take the next big step to close the geographical gap in their love lives and find their first home together. In the ultimate relationship test, these far-flung couples will choose between two opposing locations, forcing one-half of the twosome to completely uproot their life to make love work. Emotions will run high in each of six hour-long episodes as prospective homebuyers consider affordability, proximity to family and friends, job opportunities, and a vision for their future together.

In the premiere episode, Nicky wants boyfriend Courtney to join her in Hawaii to bask in the sun-soaked, laid-back lifestyle the Islands can offer, but he thinks they can get more bang for their buck surrounded by the mountainous terrain of Colorado. Meanwhile, Carissa has found her dream job in the small town of Sidney, Ohio, but boyfriend Mason wants her back where they met in Rapid City, South Dakota. Will a major geographic shift make Love work?”

The series premieres on Wednesday, January 5th, at 11 p.m. ET/PT.

What do you think? Are you planning to check out Moving for Love on HGTV?

I’ll like for my relationship distance to be breached however soon and if possible please. This love is nothing like anyone has ever seen. Our love is true love, soulmates love and I want everyone to see that love has no boundaries, no skin colour, no race, no tribe,no religion, no age. Everyone deserves to be loved and be loved right. I’m African and he’s American.

I really liked the one and only episode I saw, season 1-episode 2 and it is not on HGTV anymore??