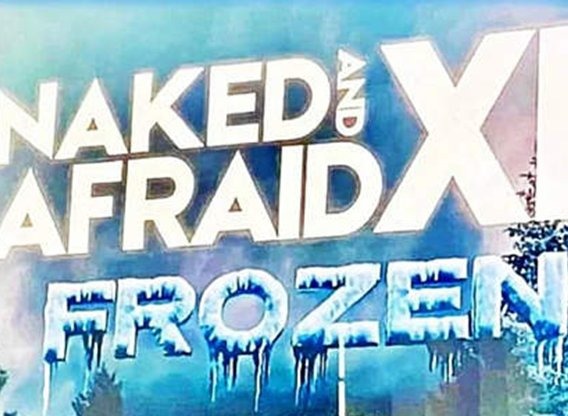 Naked and Afraid is expanding its franchise. The series is releasing Naked and Afraid XL: Frozen later this month, after Shark Week ends on Discovery Channel. This new survival series will find 12 past winners who go to the freezing Rocky Mountains and try to survive for 14 days.

Discovery Channel revealed more about the new survival series in a press release.

“While for many, SHARK WEEK means warmer weather, longer days and the promise of a relaxing, summer vacation, for a select few who have decidedly chosen the path less traveled, they’re in for a more… chilling adventure. Launching out of the upcoming 34th celebration of SHARK WEEK, is a new naked chapter, NAKED AND AFRAID XL: FROZEN premieres Sunday, July 31 at 8pm ET/PT on Discovery.

In the frigid Rocky Mountains, sub-freezing temperatures, hypothermia and frostbite are only a few of the immediate dangers at hand as 12 of Naked and Afraid’s most popular and experienced All-Stars take on 14 punishing days and nights in the frozen ice-covered wilderness. These top survivalists have taken on the bug-infested Amazon, the scorching heat of Africa and the venomous snakes of southeast Asia. To take their next step toward becoming legends in the franchise, they must beat the harshest conditions they’ve faced yet. Will they reach the next level and survive this winter gauntlet or will they be iced out of the challenge?

Dropped into one of the most punishing locations ever attempted – Montana’s windswept and snow-covered Rocky Mountains – these elite survivalists will be tested like never before. Their quest to survive will demand knowledge, teamwork, and mental toughness that only the most accomplished and memorable Naked and Afraid survivalists possess.

Inserted into the challenge as four separate teams of three, the survivalists will arrive with no shoes, no clothes, no food, and no water – only primitive tools and bare minimum raw materials needed to survive in the frozen tundra. While these survivalists are no strangers to the many dangers of survival, this location ups the ante. To find the scarce food in this frozen wilderness, the survivalists must compete with some of North America’s most deadly predators: mountain lions, wolves, and grizzly bears just emerging from hibernation.

NAKED AND AFRAID XL: FROZEN will bring back some of the biggest fan favorites and most beloved survivalists from the Naked and Afraid franchise, including Jake Nodar, Gabrielle Balassone and Ky Furneaux, as well as three All-Stars from the current hit season of NAKED AND AFRAID XL – Waz Addy, Trish Bulinsky, and Rod Biggs.

In addition to watching NAKED AND AFRAID XL: FROZEN on Discovery, viewers can join the conversation on social media by using the hashtag #NakedandAfraid and following Naked and Afraid on Facebook, Twitter and Instagram.

What do you think? Are you a fan of the Naked and Afraid franchise? Do you plan to watch this new addition on Discovery?

My hat goes out to the people on the show. There’s not enough money on this earth to do what they go through.