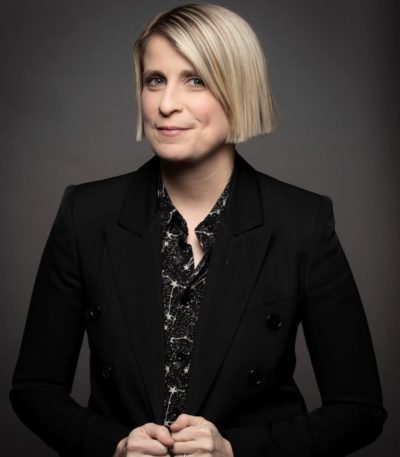 Netflix has ordered No Good Deed, a new dark comedy from the creator of Dead to Me, Liz Feldman. The new show will follow three families as they try to buy the same house. Dead to Me will see its third and final season come to the streaming service at some point this fall.

“On the anniversary of the series premiere of Dead to Me (May 3, 2019), Netflix ordered a new series from the show’s creator, Liz Feldman, with the greenlight of No Good Deed.

No Good Deed is a half hour, dark comedy that follows three very different families vying to buy the very same 1920s Spanish style villa that they think will solve all their problems. But as the sellers have already discovered, sometimes the home of your dreams can be a total nightmare.

“No Good Deed was inspired by my many late nights during the early pandemic maniacally searching Zillow listings for a way out of my house,” said Feldman. “I’m endlessly grateful to Netflix for being such a supportive creative home and for continuing to allow me to turn my crippling anxiety into entertainment.”

Liz Feldman created the comedy series and will also serve as an executive producer. Netflix has a multi-year overall deal with Feldman.

No Good Deed executive producers also include Will Ferrell, Jessica Elbaum and Brittney Segal for Gloria Sanchez Productions, Christie Smith and Silver Tree. Silver Tree will direct the No Good Deed pilot, along with additional episodes.

Netflix also announced that Feldman’s series Dead to Me will premiere its third and final season this fall.

“No good Liz Feldman project can go unproduced,” said Tracey Pakosta, Head of Comedy at Netflix. “She has an unmatched eye for dark comedy. And as we enter the final season of the brilliant Dead to Me, we are thrilled to continue our partnership with No Good Deed.”

Dead to Me, a dark comedy about a powerful friendship that blossoms between a tightly wound widow and a free spirit with a shocking secret, is produced by CBS Television Studios and Gloria Sanchez Productions for Netflix. Executive producers are Liz Feldman (Showrunner), Will Ferrell, Adam McKay, Jessica Elbaum, Brittany Segal, Christina Applegate and Christie Smith.”

A premiere date and cast of the new series will be announced later.

What do you think? Are you planning to check out No Good Dead on Netflix? Do you enjoy the Dead to Me series?