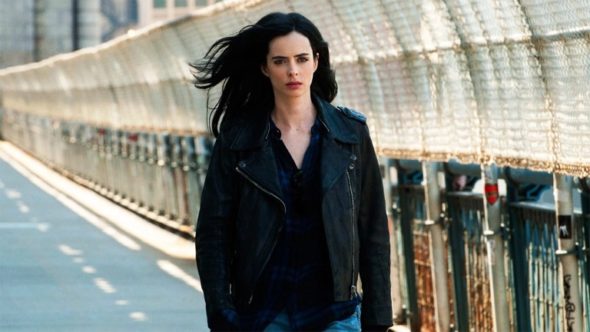 Orphan Black: Echoes has cast its lead. Krysten Ritter (Marvel’s Jessica Jones) will star in the upcoming spin-off of Orphan Black. She’ll play Lucy, a woman with a very complex background who is seeking to find her place in the world.

The sci-fi thriller series was ordered in April and takes place in the same world as Orphan Black but will tell a new story. Ten episodes have been planned for the first season.

“AMC Networks today announced that Krysten Ritter (Marvel’s Jessica Jones, Love and Death, Breaking Bad) will star in and executive produce Orphan Black: Echoes, the long-awaited new series set in the world of the landmark series Orphan Black, which is set to debut in 2023. Produced and distributed globally by Boat Rocker, the company behind the original series, Orphan Black: Echoes will have a 10-episode first season.

Set in the near future, Orphan Black: Echoes takes a deep dive into the exploration of the scientific manipulation of human existence. It follows a group of women as they weave their way into each other’s lives and embark on a thrilling journey, unravelling the mystery of their identity and uncovering a wrenching story of love and betrayal. Ritter will play Lucy, a woman with an unimaginable origin story, trying to find her place in the world.

Known for her critically acclaimed performance and fan favorite role of Marvel’s Jessica Jones and the titular character in the cult darling Don’t Trust the B—- in Apartment 23, Ritter will next be seen in HBO’s Love and Death, opposite Elizabeth Olsen, and written by David E. Kelley, directed by Lesli Linka Glatter, and produced by Lionsgate and Blossom Films Per Saari and Nicole Kidman.

She was recently seen in the film Nightbooks for Netflix and directed and executive produced the supernatural YA series The Girl in the Woods for Peacock. Ritter is also a best-selling author, currently working on a follow-up to her novel BONFIRE, which will be announced soon. She is also a mom to a two-year-old, her favorite of all titles.

Check out the announcement about her casting below.

What do you think? Are you planning to check out Orphan Black: Echoes on AMC?

OMG!!! CAN’T WAIT!! Hope this is as good as the original… miss the Sistas!