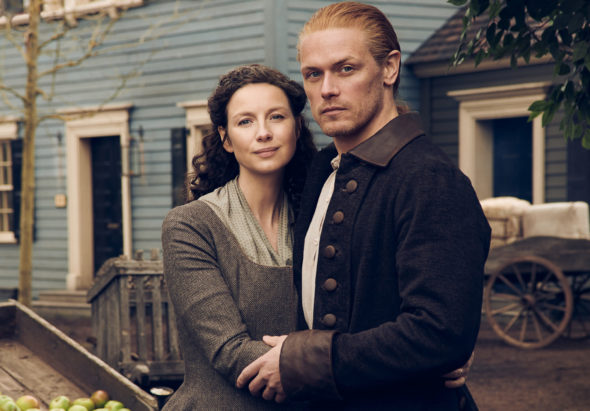 Once again, the Outlander series is safe from being cancelled. The popular series has already been renewed for a seventh season of 16 episodes. Could that be the end of this Starz TV show or, is it sure to be renewed for years to come? Stay tuned.

What do you think? Do you like the Outlander TV series on Starz? Should it be cancelled or renewed for a seventh season?

Please reconsider in boost your number ratings so good every year look forward to seeing it every Sunday night drama.

I will absolutely watch every season of Outlander. I watch on the Starz app so my watching and many many others are not reflected in the ratings. I would love it if Outlander came back for Season 8… and 9!!!

I resent being screwed over for more money.

Starz can keep their shows for randsom, I do not give in to extortion.

Loving Season Six of Outlander. Jamie as Laird is proving his leadership of his clan. Claire’s behavior is troubling with her ether use. Her PTSD from her rape is obvious. Hope she can overcome with Jamie’s help

Please boost your ratings so good every season and gets better and better story love it.

oh my Gosh!! Renewed. This is the best series ever!

We did watch this but that beginning part was very confusing. What was it supposed to be? It hasn’t been on in so long we couldn’t remember.
So many new people it wasn’t as great as I remember.