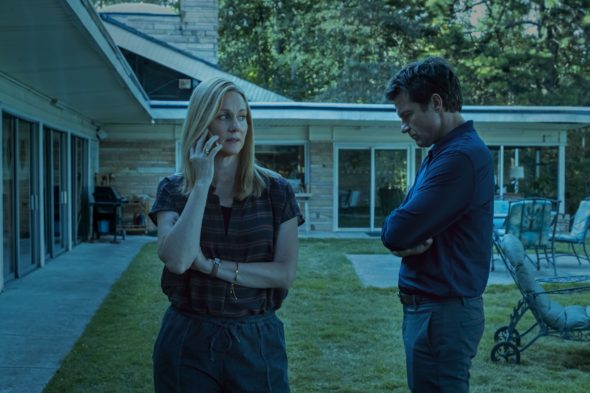 Ozark has its premiere date for the fourth and final season on Netflix. Jason Bateman, Laura Linney, Sofia Hublitz, Skylar Gaertner, Julia Garner, Lisa Emery, Janet McTeer, Tom Pelphrey, and Jessica Francis Dukes star in the drama series which follows a financier who gets caught up in the drug cartel.

Netflix teased the upcoming season of the drama in a press release.

Ozark is a thrilling drama set in the present-day and follows the Byrde family’s journey from their normal, suburban Chicago life to their dangerous criminal enterprise in the Ozarks, Missouri. The series explores capitalism, family dynamics, and survival through the eyes of (anything but) ordinary Americans.

Check out the trailer for the return of Ozark below.

What do you think? Are you excited about the return of Ozark on Netflix?

Can’t wait to see the show!