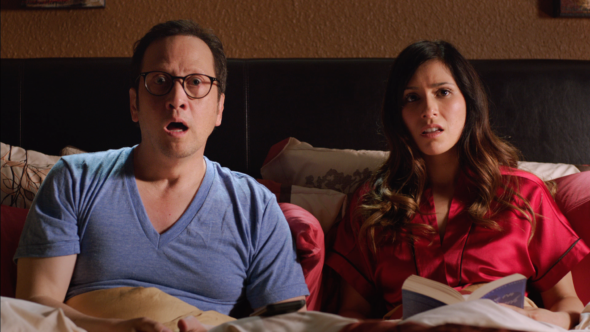 Real Rob is returning with a brand new season later this month, and a new video has been released to tease season two. The series stars Rob Schneider.

Netflix revealed more about the return of this series in a press release. Check that out below.

“Comedian, writer and actor Rob Schneider returns for a second season of his comedy series Real Rob. Check out the new trailer here.

Real Rob depicts an exaggerated version of the ups and downs of Rob’s personal and professional life in Hollywood along with Schneider’s stand-up comedy performances. The series stars real-life wife, Mexican actress/producer/writer Patricia Maya Schneider as herself, and fellow comedian/actor Jamie Lissow, who plays the role of Schneider’s hapless assistant. The Schneiders created Real Rob together and co-wrote the show with Lissow.

Season two of Real Rob premieres exclusively on Netflix around the world on Friday, September 29.

Are you a fan of Real Rob? Will you check out season two? Tell us what you think.

I loved it. Looking forward to a Season 3