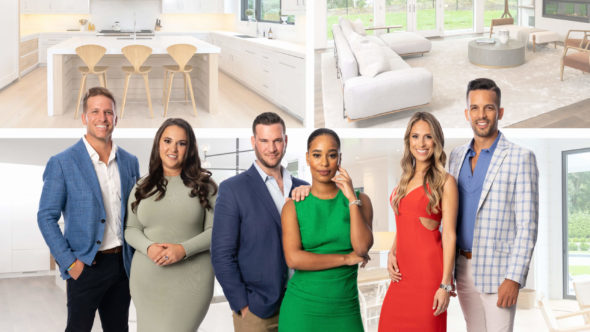 Selling the Hamptons has been renewed by Discovery+. The streaming service has announced the season two order for the real estate series which will debut in early 2023. JB Andreassi, Mia Calabrese, Bianca D’Alessio, Michael Fulfree, and Peggy Zabakolas are returning to help people find properties in the Hamptons. Eight episodes are planned.

Discovery+ revealed more about the return of series in a press release.

“Breakout real estate docu-series, Selling the Hamptons, starring larger-than-life personalities, super exclusive luxury properties, a red hot seller’s market and the potential for mega-dollar sales, has been renewed by discovery+ for a new eight-episode season. In the fresh episodes, five of the Hamptons-based real estate agents at Nest Seekers International who were featured in season one – JB Andreassi, Mia Calabrese, Bianca D’Alessio, Michael Fulfree and Peggy Zabakolas – will return. Two new faces will join them in the battle to dominate the elite East End property market. With high demand, limited inventory and a short selling season from Memorial Day to Labor Day, the pressure will reach explosive levels and loyalties will be tested. The new season is slated to launch on discovery+ in early 2023.

Until the new episodes premiere, fans can stream the first season of Selling the Hamptons exclusively on discovery+ and can connect with the series across the discovery+ digital platforms at discoveryplus.com and via @discoveryplus and #SellingTheHamptons on Instagram, Facebook, Twitter and TikTok. In addition, fans can follow the individual agents on Instagram at @jb_andreassi, @miagcalabrese, @biancadalessio, @mike_fulfree and @peggy__z.”

What do you think? Are you excited to see a new season of Selling the Hamptons on Discovery+?

An Ode to the good old days when Discovery Channel actually showed quality documentaries and shows for those whose IQs were above 15. Ah, good times.