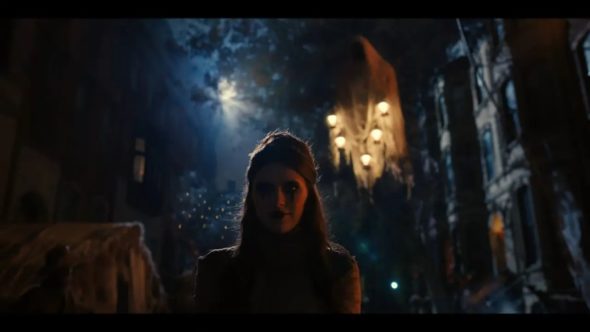 The fourth and final season of Servant is coming soon to Apple TV+, and the streaming service has released the first preview of the thrills ahead. There will be 10 episodes once again this season.

Lauren Ambrose, Toby Kebbell, Nell Tiger Free, and Rupert Grint are all returning for the final season, which brings the journey of the Turner family to a close. The psychological horror series follows a young couple as they cope with a great loss and introduce a live-in nanny who brings more than they expected into the home.

Apple TV+ today unveiled the eerie season four trailer for its acclaimed psychological thriller “Servant,” which will return for its epic conclusion on Friday, January 13, 2023. Hailing from executive producer M. Night Shyamalan, “Servant” will debut with the first episode of its 10-episode fourth and final season, followed by one new episode weekly, every Friday through March 17, 2023, on Apple TV+.

Following the suspenseful season three finale, season four will bring the final chapter of the Turner story to an epic and emotional conclusion. Leanne’s war with the Church of Lesser Saints heightens, threatening Spruce Street, the city of Philadelphia, and beyond. Meanwhile, the shattered Turner family must not only confront the increasing threat of Leanne, but the certain reality that Dorothy is waking up. As the Turner family brownstone continues to crumble, questions are finally answered: who is Leanne Grayson and who is the child in their home?

Check out the teaser for Servant season four below.

What do you think? Are you excited to see how Servant ends on Apple TV+? Will you be watching next month?