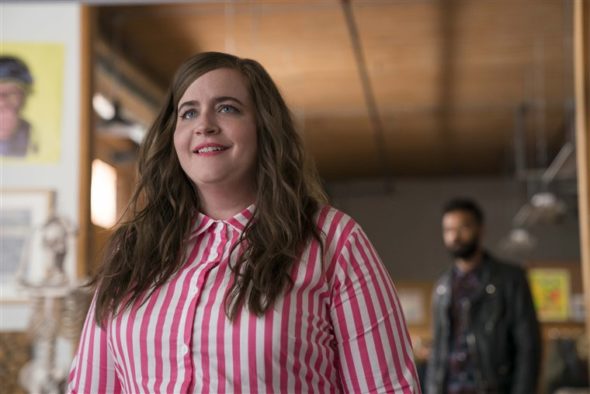 Shrill is sticking around. Hulu just announced they’re renewing the TV show for a second season.

Hulu has ordered eight episodes for season two of Shrill. You can read more info below:

· Hulu has renewed Shrill for an 8-episode second season.

· Season one followed Annie (SNL’s Aidy Bryant), a fat young woman who wants to change her life – but not her body. Annie is trying to start her career while juggling bad boyfriends, a sick parent, and a perfectionist boss.

What do you think? Have you seen Shrill? Will you watch season two?

I watched the first season and I liked it a lot. I am glad it was renewed for season 2.