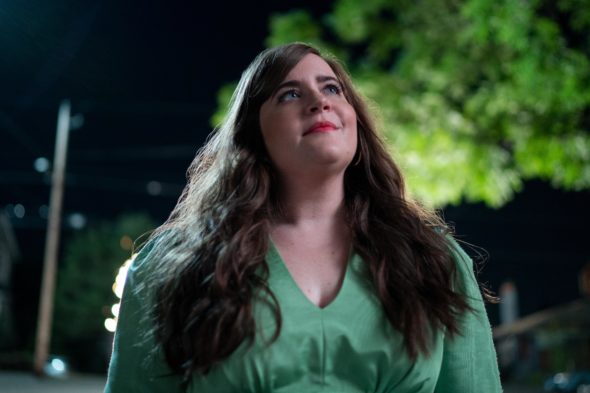 Shrill is coming to an end sometime this spring. The Hulu comedy TV series is ending with the upcoming third season.

Produced by Lorne Michaels and Elizabeth Banks, Shrill is based on the book Shrill: Notes from a Loud Woman by Lindy West and stars Aidy Bryant, Lolly Adefope, Luka Jones, John Cameron Mitchell, Ian Owens, and Patti Harrison. The story begins with Annie (Bryant), an overweight young woman who wants to change her life — but not her body. Annie is trying to start her career as a journalist while juggling bad boyfriends, a sick parent, and a perfectionist boss. She starts to realize that she’s as good as anyone else, and acts on it.

The series was renewed for a third season of eight episodes back in March 2020 and production wrapped last month. On Instagram, Bryant wrote, “that’s a wrap on @shrillhulu season 3! love this cast and crew more than I could ever explain. see you sooooon.” Though it sounded like she expected to work with them again, it’s now been revealed that season three will also be the end for Shrill.

In a statement to THR, Bryant said, “Shrill has been one of the most creatively satisfying experiences of my life, a true labor of love for me and everyone who worked so hard on it. … We are incredibly proud of this upcoming third and final season and are so grateful to the audience who connected with this story. I am deeply honored to have worked so closely with the writers, cast and crew to make Shrill while continuing my work at SNL, it is a time I will never forget. I have endless love for our crew in Portland and I am excited to get back to NY and rejoin my other work family at SNL in the meantime.”

“We feel incredibly lucky to have worked with the brilliant Aidy Bryant over the past three years to tell Annie’s story and we’re proud that Aidy and the team are able to reward fans with a perfect ending to the series,” said Hulu’s vp, content development Billy Rosenberg. “Shrill has received well-deserved praise and acclaim and has been an important part of Hulu’s comedy brand. A huge congratulations and thank you to Aidy, [showrunner] Ali Rushfield, Lindy West, Lorne Michaels and Elizabeth Banks, and the entire teams at Broadway Video and Brownstone Productions.”

What do you think? Have you watched the Shrill TV series on Hulu? Are you sorry that it’s ending and won’t have a fourth season?