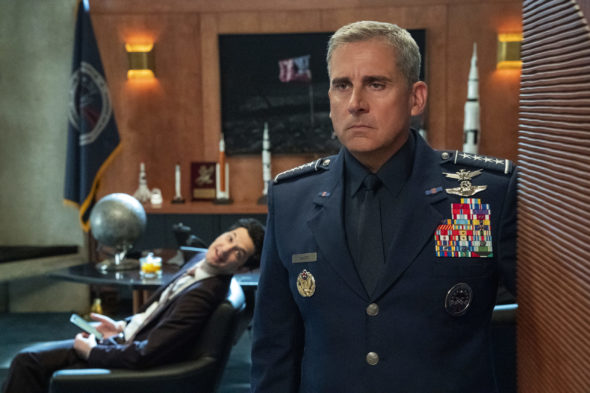 Space Force is coming to Netflix later this month, and the streaming service has released a trailer for the series, which stars Steve Carell and Greg Daniels. The pair both appeared in The Office.

Deadline described the plot of the Netflix series as follows:

“Starring Carell as four-star general Mark R. Naird, a decorated pilot with dreams of running the Air Force, who finds himself tapped to lead the newly formed sixth branch of the US Armed Forces: Space Force. Naird uproots his family and moves to a remote base in Colorado where he and a colorful team of scientists and “Spacemen” are tasked by the White House with getting American boots on the moon (again) in a hurry and achieving total space dominance.”

As for how the series came to be, Carell and Daniels both joined the series only knowing its name. Space Force premieres on May 29.

What do you think? Do you plan to check out Space Force?