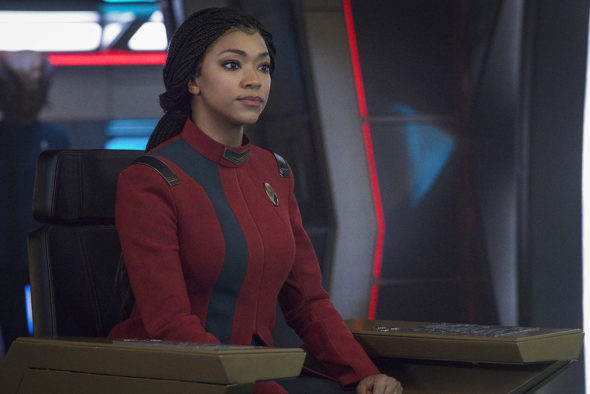 Paramount+ revealed more about the upcoming season in a press release.

“Paramount+, the streaming service from ViacomCBS, today revealed the official trailer for season four of its hit original series STAR TREK: DISCOVERY. The trailer was introduced by series star Sonequa Martin-Green during the series’ New York Comic Con panel at the Javits Center. The upcoming season’s official key art, featuring Martin-Green as Captain Michael Burnham, also made its debut during the panel.

Season four of STAR TREK: DISCOVERY finds Captain Burnham and the crew of the U.S.S. Discovery facing a threat unlike any they’ve ever encountered. With Federation and non-Federation worlds alike feeling the impact, they must confront the unknown and work together to ensure a hopeful future for all. Season four of STAR TREK: DISCOVERY will premiere on Thursday, Nov. 18, exclusively for Paramount+ subscribers in the U.S.

Check out the trailer for Star Trek: Discovery season four, which arrives November 18th, below. 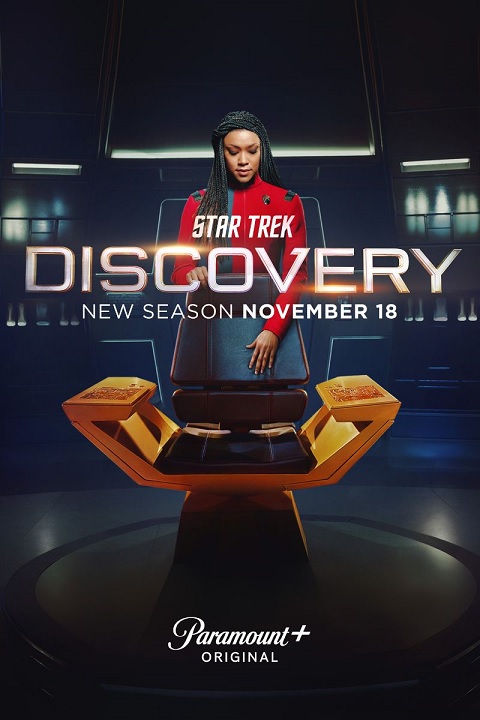 What do you think? Are you excited about the fourth season return of this Star Trek series?

I have loved every season. I am 65 and have seen everything Star Trek❗Will always love my sci-fi

I’m extremely wary. I loved Season 1 and 2. Three was a complete disappointment and turned into a chore to watch. Either this season will rebound it for me or it’ll be time to put it out to pasture.

This cr@p is still on? Put a fork in this turkey.

I don’t know how anyone else feels, but as a Trekkie for over 50 years, I’m glad to see it return. Sure, it has problems, but it’s STAR TREK and thats okay with me.