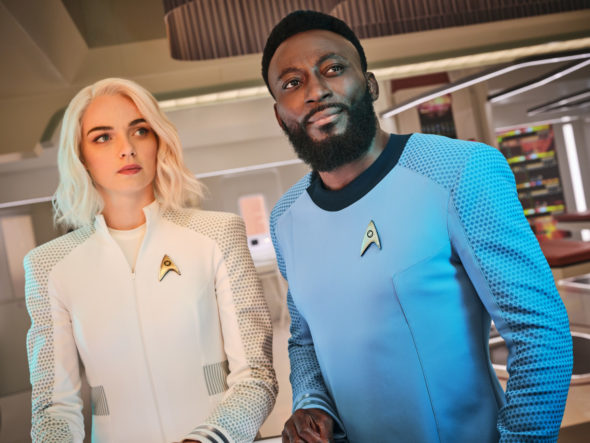 Can this prequel show recapture the magic of the franchise’s early days? Has the Star Trek: Strange New Worlds TV show been cancelled or renewed for a second season on Paramount+? The television vulture is watching all the latest cancellation and renewal news, so this page is the place to track the status of Star Trek: Strange New Worlds, season two. Bookmark it, or subscribe for the latest updates. Remember, the television vulture is watching your shows. Are you?

Unless they decide to publicize viewership, it is often difficult to predict whether Paramount+ will cancel or renew a series. Since Paramount+ isn’t ad-supported, the execs can take a chance on the series they believe in but sooner or later it comes down to production costs, versus viewership numbers. However, it’s a different story when it comes to Star Trek — the cornerstone of the streaming service. Star Trek: Strange New Worlds has already been renewed for a second season and I have no doubt that it will be renewed beyond that. I’ll update this page with breaking developments. Subscribe for free alerts on Star Trek: Strange New Worlds cancellation or renewal news.

What do you think? Are you glad that the Star Trek: Strange New Worlds TV show has been renewed for a second season? How would you feel if Paramount+ had cancelled this TV series, instead?

Absolutely!! Anson Mount is the best Pike and close to the best captain on any ST I’ve ever seen. His approach to the part is completely different and thoroughly engaging. The writers had better do him justice: he’s a keeper!

I don’t have Paramont plus nor do I intend on getting it. I pay enough for TV programming.