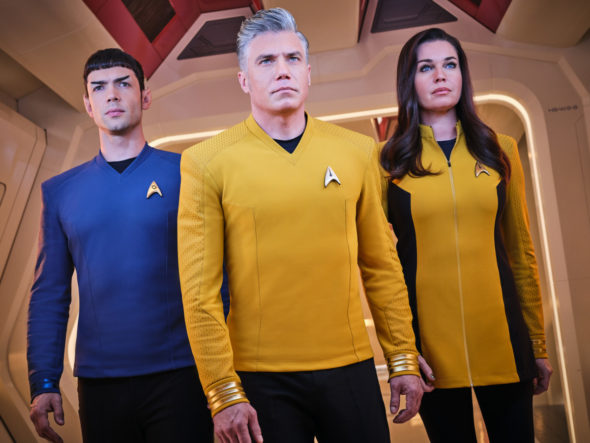 TV show dates: May 5, 2022 — present
Series status: Has not been cancelled

The story follows Captain Christopher Pike (Mount) and the crew of the starship USS Enterprise as they explore new worlds throughout the galaxy prior to Captain James T. Kirk’s time in command.

What do you think? Do you like the Star Trek: Strange New Worlds TV show? Do you think it should be cancelled or renewed for another season?

Best Star Trek Series! I may have to up upgrade my favorite captain to Captain Pike! He is giving my lifelong love Picard a run for his money. So excited to have a new series this amazing.

Best Star Trek series period. I’m old enough to have watched the original and all since.