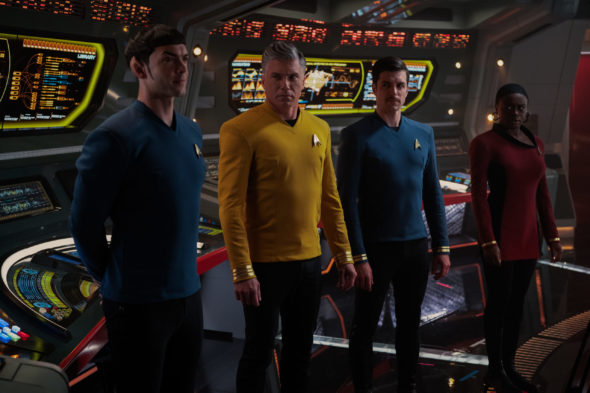 Paramount+ will release the first season finale of Star Trek: Strange New Worlds tomorrow and production has already wrapped on season two. According to Trek Movie, the production wrap was announced on Twitter by crew members, including director Chris Fisher.

Check out posts from the crew of the Paramount+ series below.

That’s a wrap on Season 2 of #StarTrek #StrangeNewWorlds ! Thanks to the very best cast, crew, writers, directors, city of Toronto, and Canada for all your love and support! And most of all thanks to the amazing fans and all those who share our collective goal #toboldlygo

Production on s2 has wrapped! The @Pixomondo artists made virtual fireworks for our last day at the AR wall. Probably smart, less chance of burning down the sets. #StrangeNewWorlds pic.twitter.com/xnxoThd6s3

What do you think? Are you excited to see season two of Star Trek: Strange New Worlds on Paramount+?

Look forward to seeing this next season. So good never missed any episodes of it this.