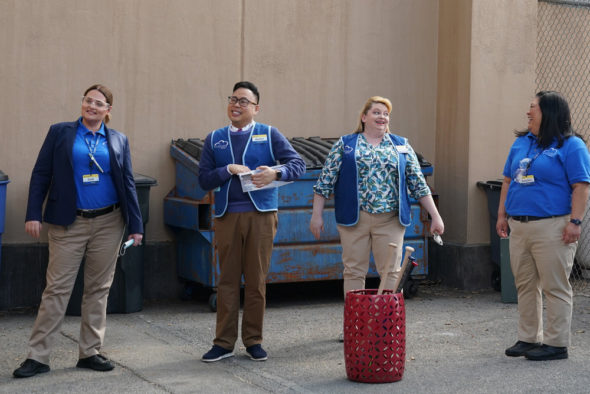 It was announced by NBC that Superstore is ending this season and now, the cast of the series has reacted to the show’s cancellation.

Here are some reactions:

It’s hard to know exactly what to say in moments like these. Superstore was a dream every day. I made lifelong friends and helped create a show that I am beyond proud of. I am incredibly sad it’s ending but also insanely grateful for all it’s given me. ☁️ 9 forever.

What do you think? Are you a fan of Superstore on NBC? Are you upset by the show’s cancellation?

I am completely DEVASTATED that the show is being canceled! I worked at Walmart while in college and it gave me the feels of being back there with the friends I made. Also the writing, every episode I watched I literally LOL at something; whether it was the cast and their shenanigans or the customer with the outlandish things they did. I’m going to truly miss this show once it’s over. #cloud9fanforever

I’m sure Fox or Netflix would pick this show up it seems to me that it has a huge audience so if NBC doesn’t want this audience anymore then another tv channel would scoop up the viewership.