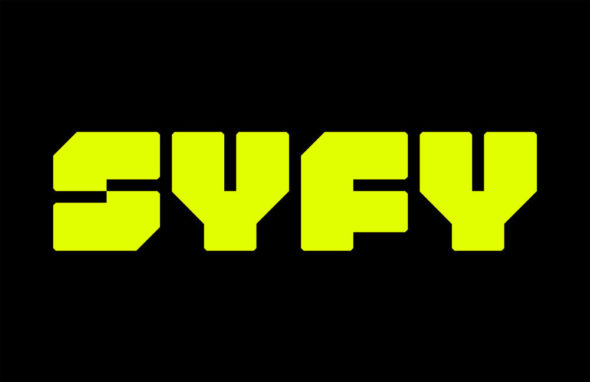 Syfy is adding two new shows to its lineup. The Ark and Reginald the Vampire are headed to the cable channel. Reginald the Vampire is based on a novel by Johnny B. Truant and revolves around a world of fit and vain vampires. It stars Jacob Batalon, Mandela Van Peebles, and Em Haine. As for The Ark, it’s a space drama set in the 100 years into the future when humans must colonize other planets. The series stars Christie Burke, Richard Fleeshman, Reece Ritchie, Stacey Read, and Ryan Adams.

Syfy revealed more about both shows in a press release.

“SYFY, one of cable’s highest-reaching networks, is celebrating 30 years of redefining genre programming with a dynamic lineup including two new scripted original series, an original film and the return of breakout hits.

New series include “Reginald the Vampire,” a dramedy based on Johnny B. Truant’s “Fat Vampire” book series and starring MCU veteran Jacob Batalon as Reginald Andres, and “The Ark,” a space-set survival drama from writer Dean Devlin that takes place 100 years in the future.

The fan-focused network is home to the #1 and #2 new scripted cable series of 2021 with the Alan Tudyk-led dramedy “Resident Alien” and “Chucky,” executive produced by Don Mancini. Both series will return with new episodes to SYFY later this year with “Chucky” being simulcast on USA Network for its second consecutive season. Additionally, paranormal drama series “SurrealEstate” comes back to life with its sophomore season in 2023.

This Fall, the network will premiere the SYFY original film “Bring It On: Cheer or Die,” which follows a cheerleading squad as their plan to have a secret practice at an abandoned school on Halloween takes a terrifying turn when their teammates begin disappearing one by one. The film stars Missi Pyle, Kerri Medders and Tiera Skovbye, and is directed by Karen Lam.

In addition to its lineup of new and returning originals, SYFY will continue to serve as the preeminent destination for genre fans, celebrating the biggest and best in film and television via movie marathons, stunts and celebrations throughout the year for beloved favorites, including “Harry Potter,” Marvel, DreamWorks Animation and many more.

Imagine a world populated by beautiful, fit and vain vampires. Reginald Andres (Jacob Batalon) tumbles headlong into it as an unlikely hero who will have to navigate every kind of obstacle – the girl he loves but can’t be with, a bully manager at work and the vampire chieftain who wants him dead. Fortunately, Reginald discovers he has a few unrecognized powers of his own. A new show with a lot of heart and just enough blood, “Reginald the Vampire” proves the undead life is just as complicated as life itself. The series also stars Mandela Van Peebles and Em Haine.

“Reginald the Vampire” is produced by Great Pacific Media, Modern Story Company, December Films and Cineflix Studios and executive produced by Harley Peyton, Jeremiah Chechik, Todd Berger, Lindsay Macadam, Brett Burlock and Peter Emerson. The series is based on the book series by Johnny B. Truant.

“The Ark” takes place 100 years in the future when planetary colonization missions have begun as a necessity to help secure the survival of the human race. The first of these missions on a spacecraft known as Ark One encounters a catastrophic event causing massive destruction and loss of life. With more than a year left to go before reaching their target planet, a lack of life-sustaining supplies and loss of leadership, the remaining crew must become the best versions of themselves to stay on course and survive. The series stars Christie Burke, Richard Fleeshman, Reece Ritchie, Stacey Read and Ryan Adams.

Dean Devlin and Jonathan Glassner are co-showrunners and executive producers alongside Marc Roskin and Rachel Olschan-Wilson of Electric Entertainment. Jonathan English of Balkanic Media and Steve Lee serve as producers.”

Premiere dates and additional details will be revealed by Syfy later.

What do you think? Are you excited to see Reginald the Vampire or The Ark on Syfy?