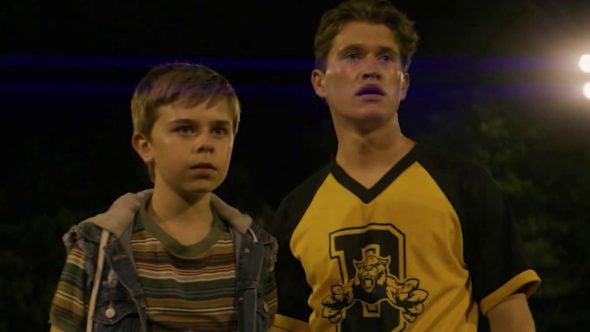 There’s good news and bad news for those who enjoy The Hardy Boys TV series. Hulu and YTV in Canada have renewed the series for a third and final season. Filming on the eight-episode season is currently underway in Canada, and it will arrive on Hulu sometime in 2023.

The story revolves around the investigations of young brothers Joe (Alexander Elliot) and Frank Hardy (Rohan Campbell ) and is based on the long-running children’s novel series. Other cast members include Keana Lyn, Adam Swain, Cristian Perry, Riley O’Donnell, and Krista Nazaire. Bailee Madison (Pretty Little Liars: Original Sin) is also joining the series in a guest starring role, per Variety.

Season three will pick up following the second season’s cliffhanger. The brothers and their friends will continue investigating various secrets and conspiracies. Joe and Frank will also continue to piece together their great-grandfather’s map in order to prevent a powerful relic from falling into the wrong hands.

Pam Westman, president of the Nelvana studio, said the following about the end of the Hulu series:

“From its inception, it’s been a joy to work with Lambur Productions, Hulu and YTV on ‘The Hardy Boys’ and introduce these iconic characters and gripping adventures to a new generation. The exceptional cast and crew brought the revered Hardy Boys adventures to life, successfully engaged audiences around the world and garnered awards and critical acclaim. As this mystery comes to a close, we’re looking forward to providing fans with more mystery-solving action, surprising turn-of-events, and laughs in a wild final season.”

Joan Lambur, an executive producer for Lambur Productions, also spoke about the series:

“We’re excited that we’ve been able to produce a compelling and complex conclusion to ‘The Hardy Boys’ this season. It’s been an honor to work on this iconic title with an amazing cast and crew, alongside our incredibly supportive partners at Nelvana, Corus and Hulu.”

The Hardy Boys debuted on the Hulu streaming service in 2020.

What do you think? Will you be sad to see The Hardy Boys end on Hulu? Would you have watched a fourth season?

I will miss the series and yes, i would watch a 4th season.

Look forward to seeing it. So good I can’t believe it ending so sad. Love this show . New generation era .