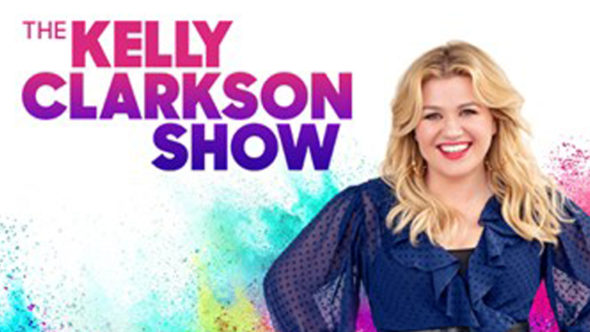 The Kelly Clarkson Show is nearly ready for its third season. A premiere date for season three of the daytime talk show has been announced, and fans will see an audience back in the seats when the series returns next month. The first week of episodes will be filmed in New York City.

Clarkson will have a star-studded line-up joining her when the series returns. Amy Adams, Selma Blair, Angela Bassett, Kristen Bell, Kandi Burruss, and Ariana Grande are just some of the celebrities she will be welcoming for the upcoming season.

More was revealed about the return of the daytime talk show in a press release.

“Six time Emmy(R) Award winning daytime talker The Kelly Clarkson Show returns for a star-studded season 3 coast to coast premiere celebration on Monday, September 13 with Emmy Award winning host and Grammy(R) Award winning artist Kelly Clarkson. The show is filming on location for a week in New York City around town and at The Appel Room within Frederick P. Rose Hall, the Home of Jazz at Lincoln Center, before returning to its home base at Universal Studios Hollywood. Fans will have to tune in to find out who requested ‘On Top of the World’ (Imagine Dragons) as the first Kellyoke of the season. The Kelly Clarkson Show airs in 100% of the country across 200 stations and is positioned to headline daytime in leading time periods by Fall 2022.

Season 3 premiere week will feature the show’s signature panel of celebrity guests and everyday heroes doing extraordinary things in their communities. Star-studded surprises and new signature show segments include Kelly showing up to visit unsuspecting past guests, including entrepreneurs that were featured on the show during the pandemic who invited her to stop by. Kelly will also honor good Samaritans in a lifechanging way, who are making a positive impact on their communities.

Kelly Clarkson said: “We can’t wait to kick off our third season of The Kelly Clarkson Show celebrating New York City… a city that is known for its energy, resilience and the arts that have been inspiring me since I was a kid! Now I warned people last season that mama would show up if I kept getting invited… well, no take-backs, here I am New York!”

Throughout the ‘We Love New York’ premiere week celebration, fans of the The Kelly Clarkson Show and daytime viewers across the nation will experience must-watch moments that give back to communities across the country made possible by brand sponsors Citi and Hyundai. In addition, viewers will be inspired by in-show integrations spotlighting heartfelt stories from partners Chime and Express.

The Kelly Clarkson Show is the uplifting daytime destination for humor, heart and connection featuring Emmy-winning talk show host, Grammy-winning artist and America’s original idol, Kelly Clarkson. Her “weekday hang” includes live performances, a panel of guests, games and her unfiltered perspective on life, relationships, parenting, kids and things that make her laugh her along the way.”

Check out a teaser for The Kelly Clarkson Show season three below.

What do you think? Are you excited about the return of new episodes of The Kelly Clarkson Show this fall?

Monday is the. 12th of September not the 13th that’s a Tuesday for the Kelly Clarkson show . I’m just letting you know about that . For 2022.