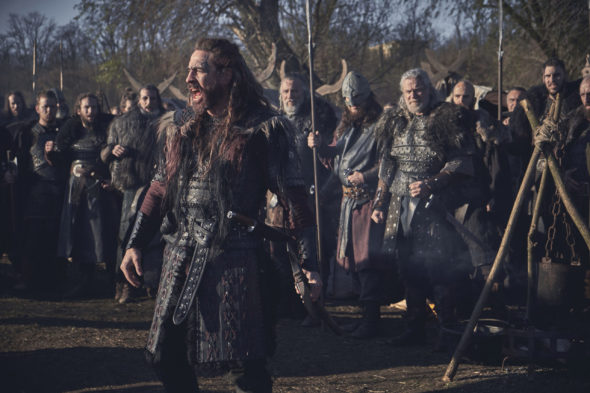 The Last Kingdom is returning to Netflix later this month with its fourth season, and fans are now being given a look at what is to come in a new trailer. The streaming service also released a behind the scenes video too.

The Last Kingdom premieres its fourth season on April 26. Check out the videos teasing season four of the series below.

Been waiting FOREVER for Season 4! Love, love, LOVE this series!

I didn’t know there was going to be a season 4, and I’m absolutely thrilled. I love the series, have watched all since the beginning at least twice and was starting a third. Thanks so much for bringing it back!

Have been waiting soooo long. We adore this show and have converted so my friends to fans. Thank you fir returning!

I’m so excited, I just can’t hide it…

Very pleased and excited that season 4 of The Last Kingdom is returning. An excellent series, well acted and scripted, based on first class books by Bernard Cornwell. Thank you Netflix!

Best Viking drama I’ve ever seen, better than Vikings. I absolutely adore Uhtred and the acting from the whole cast is fantastic. I hope this show goes on as long as the books do. Bring on the carnage!!

Great news as Vikings is finished. This is a good alternative.

I enjoy the show, however, I would love to see the U Man have some lasting good fortune for a change. I mean every woman he loves is killed or dies, he is constantly losing everything.

I love, love, love this series! The acting is superb. The history is fascinating. The suspenseful drama is heart-stopping. Cannot wait for the fourth season to start!