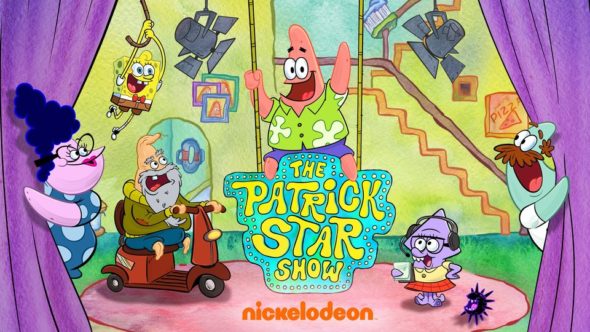 The Patrick Star Show is returning for a second season. Nickelodeon has renewed the SpongeBob Squarepants spin-off before the end of its first season. Starring Bill Fagerbakke, Tom Wilson, Cree Summer, Jill Talley, and Dana Snyder, the series follows a young Patrick Star (Fagerbakke) as he hosts a variety show from his family home.

“This next season of The Patrick Star Show will embark upon even more imaginative, colorful and hilarious adventures, diving deeper into the Star family’s daily life and escapades,” said Claudia Spinelli, Senior Vice President, Animation for Big Kids. “For over 20 years, the beloved Patrick Star has provided humor to fans around the world, and we can’t wait to see what he does next.”

The second spinoff of the number-one animated series SpongeBob SquarePants tells brand-new stories about one of the most beloved best friends in TV history that is set to be the wildest ride yet. The family sitcom stars Patrick and the rest of his family as they are constantly disrupted by Patrick’s wild whims and surreal imagination.

A premiere date for The Patrick Star Show season two will be announced later.

What do you think? Are you excited about the renewal of this animated series?