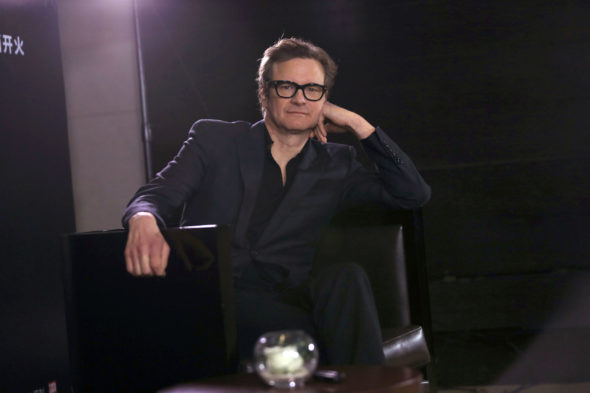 The Staircase is coming to HBO Max. The streaming service has ordered a new drama series which is an adaptation of the true-crime docu-series of the same name. It’s an exploration of the life of novelist Michael Peterson, his family, and the suspicious 2001 death of his wife at their home. Colin Firth will play Peterson in the eight-episode series.

HBO Max revealed more about the upcoming drama in a press release.

Antonio Campos will direct 6 of the 8 episodes.

Adapting the true crime docuseries “The Staircase” and various books and reports on the case, THE STAIRCASE is an exploration of the life of Michael Peterson, his sprawling North Carolina family, and the suspicious death of his wife, Kathleen Peterson.

Sarah Aubrey (Head of Original Content, HBO Max) quote: “It is a thrill to collaborate with Antonio Campos, Maggie Cohn and Annapurna Television for the exploration of this true-life story that’s rife with dramatic revelations. With the enormously talented Colin Firth at the center of this adaptation, the story of THE STAIRCASE will continue to captivate audiences with every bizarre twist and turn.”

Antonio Campos quote: “This has been a project I have been working on in one way or another since 2008. It’s been a long and winding road, but well worth the wait to be able to find partners like HBO Max, Annapurna, co-showrunner Maggie Cohn and the incredible Colin Firth to dramatize such a complex true-life story.”

Sue Naegle (Chief Content Officer, Annapurna) quote: “Annapurna couldn’t be more excited to partner with HBO Max, Antonio Campos, Maggie Cohn and Colin Firth on this unbelievable true-life saga. We were enthralled by the docuseries and know that this story will be just as fascinating as a limited series in the hands of Antonio and Maggie, with Colin at the center.”

A premiere date for The Staircase has not yet been set.

What do you think? Are you a fan of the original true crime docu-series? Will you watch The Staircase TV series on HBO Max?