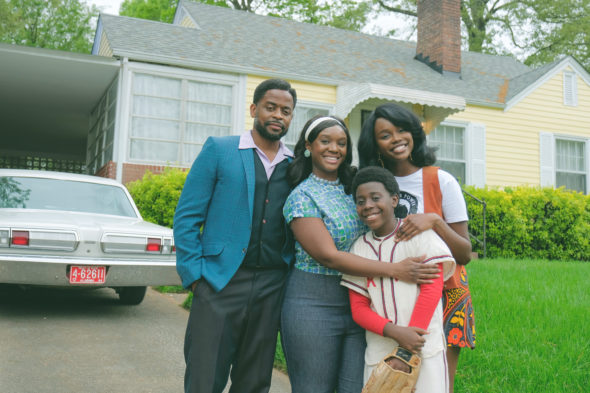 “What would you do, if I sang out of tune?” ABC is headed back in time and has ordered a reboot of The Wonder Years, the iconic series that aired for 115 episodes, from 1988 until 1993. The new version stars Elisha “EJ” Williams, Dulé Hill, Saycon Sengbloh, Laura Kariuki, Julian Lerner, Amari O’Neil, and Milan Ray with Don Cheadle narrating.

A single-camera comedy, The Wonder Years is a coming-of-age story set in the late 1960s. It takes a nostalgic look at a Black middle-class family in Montgomery, Alabama, — through the point of view of imaginative 12-year-old Dean (Williams). With the wisdom of his adult years, Dean’s (Cheadle) hopeful and humorous recollections show how his family found their “wonder years” in a turbulent time.

The new version of The Wonder Years will air this fall on Wednesdays at 8:30 PM.  It will follow The Goldbergs and will precede The Conners. Interestingly, back in the late ’80s, the original version of Wonder Years preceded the Roseanne sitcom on ABC’s Tuesday night schedule.

A premiere date for The Wonder Years will be released at a later time. Here’s a preview:

What do you think? Do you like the look of this comedy reboot? Will you check out The Wonder Years when it debuts on ABC this fall?

Sick and tired of “reboots”.

No. Won’t be watching.

Why call it a reboot – it’s just a look at a different family in a different place at the same time as the original. (Actually, I think this series is starting a little later in the 1960’s than the original.)

actually believe it’s from 1980’s not 1960’s way off with your years. But nowadays every has racist ridiculous stupid sitcom back then it’s okay time period. Not going last won’t long Fred Savage executive producer grew up on it.

Uh… it says the show is set in the late 1960’s in the write-up. You obviously didn’t bother to read it.