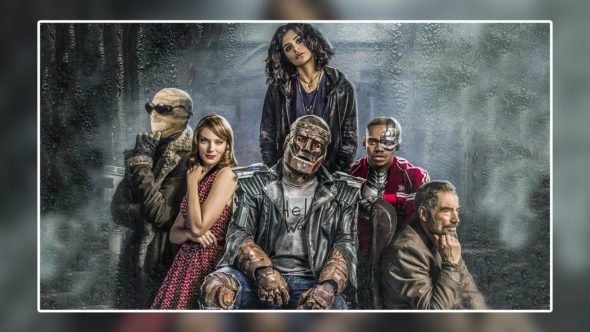 DC fans received news about the return of HBO Max’s Titans and Doom Patrol at New York Comic Con. Titans will return for its fourth season on November 3rd, and Doom Patrol will have its season four premiere on December 8th.

HBO Max teased the following with the release of the Titans season four teaser trailer:

As for Doom Patrol, Diane Guerrero, April Bowlby, Brendan Fraser, Matt Bomer, Timothy Dalton, Joivan Wade, Skye Roberts, and Michelle Gomez star in the series which follows a misfit group of superheroes. HBO Max teased the following about the return of the series:

Hold on to your butts, a new season is coming! Season 4 Part 1 of #DoomPatrol premieres December 8 on HBO Max.

Check out the trailer for Doom Patrol season four below.

What do you think? Are you excited to see new episodes of Titans and Doom Patrol on HBO Max?

I believe Timothy Dalton was written out at the beginning of DOOM PATROL’s season three.

Look forward to seeing it new season again on HBO Max so better than other past years.